Rice said the resolution directs the UN secretary general to prepare an action plan for collecting data on the use of sexual violence in armed conflict and then reporting that information to the council.

She targeted Myanmar in her speech, accusing the military there of carrying out rapes of “women and girls even as young as eight years old”.

Human rights activists say that rape is no longer simply a by-product of war rather a deliberate tactic designed to demoralise and intimidate communities in conflict zones.

They point to wars in the former Yugoslavia, Sudan’s Darfur region and the Democratic Republic of the Congo as examples.

Al Jazeera’s John Terrett in New York said there had been a tendency among the male dominated security council to brush the issue under the carpet, previous resolutions have been largely ignored.

“What is significant today is by shifting the focus from by-product to an unlawful weapon it becomes a security issue and the council can expect to be involved more in the future,” Terrett said.

Ban Ki-moon, the UN secretary general, told the council that violence against women had “reached unspeakable and pandemic proportions in some societies attempting to recover from conflict”.

The resolution under debate says that sexual violence is in some cases “a tactic of war to humiliate, dominate, instill fear in, disperse and/or forcibly relocate civilian members of a community or ethnic group”.

It calls on parties in conflicts to take immediate measures to protect civilians from sexual violence.

The resoution says that such crimes should be excluded from amnesty after conflicts, and says  thatthe council will consider special measures against parties that commit them when imposing or renewing sanctions. 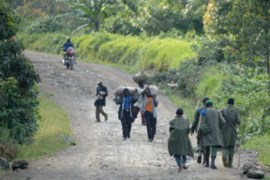 Thousands are said to be displaced as government troops clash with rebels. 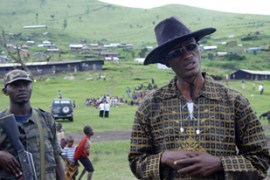 Second day of army and rebel clashes in East DR of Congo forces villagers to flee. 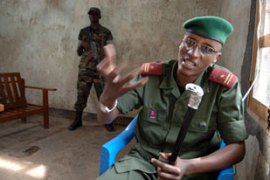 Bosnia has accused Serbia and Montenegro of taking non-Serbs “on a path to hell” in the 1992-95 war, as the highest UN court launches its first hearings into state-sponsored genocide.