Al Jazeera’s Hashem Ahlbarra said: “If this is confirmed, it could further strain relations between Afghanistan and Pakistan.

“Khalid said the forces have taught a lesson to Baitullah Mahsud [a tribal leader sympathetic to the Taliban] and Mullah Omar, leader of the Taliban.

“Some of the people here are returning to their farms as it is harvest season and they want to go back before everything is rotten. It is very quiet, for the moment.”

The Taliban “did choose not to fight” and there had been only minor clashes, said a spokesman for the International Security Assistance Force (Isaf) in Kabul on Thursday.

General Carlos Branco, the Isaf spokesman, said: “During the first 24 hours of operations, only small pockets of insurgents were encountered so only minor incidents occurred and some of them are still going on.”

He said the incidents were “mainly exchanges of small arms fire and skirmishes.”

Branco played down reports about the number of Taliban killed, adding they had “not engaged decisively, limiting their activity to small disruptive attacks”.

“Our assessment is that if the insurgents are there they have not the numbers and the foothold that they previously claimed and, obviously, they did choose not to fight,” Branco said.

He said Afghan and Nato forces “do not expect any dramatic changes in the behavior of the insurgents”.

About 5,000 families have fled their homes in Arghandab’s lush valley after Nato warned about the launch of the offensive, a provincial official said.

A Taliban spokesman said before the assault started that the the group had set its sights on Kandahar.

The al Qaeda-backed group is largely active in southern and eastern areas along the border region with Pakistan. 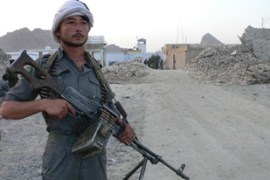 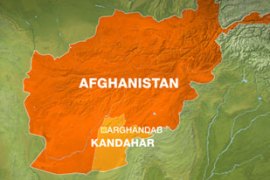 Group of about 500 fighters threaten to march towards Kandahar in new offensive. 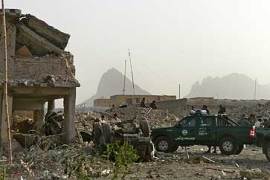 More than 1,000 prisoners escape, including about 400 Taliban, from Kandahar jail.