The Union of Comoros government has issued an international arrest warrant for Bacar, who Simba has accused of planning to seek independence for Anjouan.

“If France doesn’t want to extradite him to a country where the death penalty is still in force, then it should hand him over to  another court such as the one in The Hague,” Sambi said.

The Dutch city hosts the International Criminal Court, which prosecutes individuals for genocide, crimes against humanity and war crimes.

Bacar has asked France for asylum but in Reunion he is expected to be charged for weapon possession and for entering the island of Mayotte illegally.

The news that Bacar was in Mayotte prompted hundreds of Comorans to demonstrate outside the French embassy in the capital Moroni, chanting slogans against France and its president.

During the protests, one Frenchman who works as head of the French school in Moroni, was attacked by a mob on his way to work.

Many residents of the Comoros suspect France of covertly protecting Bacar, despite the former colonial power providing assistance in transporting African Union troops.

The federal government of Comoros had refused to recognise Bacar’s re-election as the island’s president last June and vowed to remove him.

However, Bacar and a force of several hundred armed police continued to control the island until Tuesday, when an estimated 1,400 AU and Comoros invaded the island to re-establish federal rule.

“We commend the African Union’s efforts to assist the Government of the Union of the Comoros to restore constitutional rule on the island of Anjouan,” McCormack said.

“The United States supports plans to hold new elections on Anjouan as soon as practicable.”

Ikililou Dhoinine, the Comoros vice-president was on Anjouan and would head a central government delegation until a transitional government could be put in place, according to Ali Mmadi, a cabinet minister.

“This transitional government will be set up by week’s end,” Abdourahim Said Bakar, a government spokesman, said.

Since independence in 1975, Comoros has had 19 coups and attempted coups.
Source : Al Jazeera, News Agencies 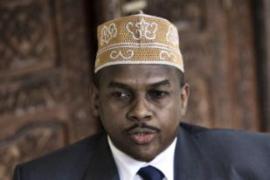 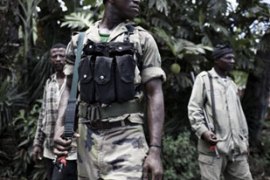