Rudd will deliver the announcement in parliament, making the historic gesture the first piece of parliamentary business for his Australian Labor Party government, which won power in November and ended almost 12 years of conservative rule.

The Bringing Them Home report of 1997 examined the impact of past assimilation policies on the nation’s Aborigines, and detailed stories of young children being taken from their families in remote communities to be raised in white households.

The report was unable to determine exact numbers involved, but said between one-in-three and one-in-10 indigenous children were forcibly removed from their families and communities between 1910 and 1970.

The report called for a national apology, guarantees the old policies would not happen again, and urged the government to pay compensation to the families affected.

The previous conservative government led by John Howard refused to apologise, offering instead a statement of regret, saying current generations should not be held responsible for past actions.

Howard, who lost his seat at the November election, said he would not attend the parliamentary sitting for the apology, which continues to divide the conservative Liberal Party.

Brendan Nelson, the Liberal Party opposition leader, said his party would support the apology, although many Liberals continue to question the need to apologise.

Tony Abbott, the former health minister, now the Liberal spokesman on indigenous affairs, has regularly opposed a parliamentary apology and on Sunday continued to criticise the use of the term “stolen generation”.

“Yes, some kids were stolen and this is shameful, but many were helped and some were rescued, and I think we need to be honest about that,” he said.

Rudd has consulted indigenous leaders over the apology, and spent 90 minutes with an elderly woman to hear her stories about being taken from her parents when she was about three years old.

He said the apology would be to the Stolen Generation, their families and descendants, but said the government would not set up a compensation fund, as any claims for compensation would be decided by the courts.

Australia has about 500,000 indigenous Aborigines and Torres Strait Islanders, many of whom live in remote communities and who suffer considerable disadvantage, including a life expectancy 17 years less than other Australians. 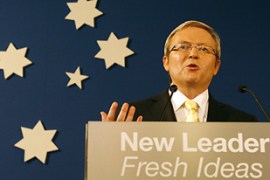 Rudd to make apology to Aborigines

Australia to acknowledge wrongs of “stolen generation”, but declines compensation. 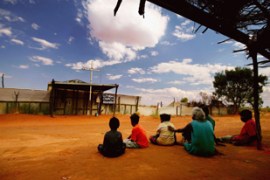 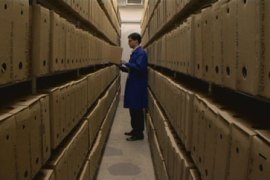 Hunted by the past

People & Power examines the problem of investigating Poland’s past. 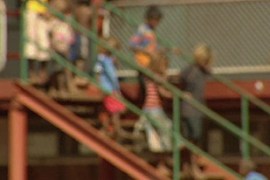