In a video released by the Izz al-Din al-Qassam Brigades, the military wing of Hamas, the bombers were identified as Mohammed al-Hebrawi and Shadee Z’Ghayer.

Both were from the West Bank city of Hebron.

Hamas said that four of its men were moderately injured in the strike.

Hamas launched rocket attacks on Israel on Tuesday and early on Wednesday, wounding a 14-year-old girl and knocking out power in parts of the Israeli border town of Sderot.

The rocket salvo came after six Hamas policemen were killed on Tuesday when Israeli aircraft fired missiles on a Hamas outpost in southern Gaza.

The latest round of Hamas-Israeli fighting followed two weeks of anarchy on the Gaza-Egypt border.

The growing violence suggested that Gaza’s Hamas rulers are increasingly lashing out not just at Israel, but also at Egypt, as they are running out of options for ending a seven-month blockade of the territory.

The last three weeks have seen a rapid succession of violent events – starting with an Israeli operation in which 19 Gazans were killed, followed by a Hamas rocket barrage on Israel and then a tightened Israeli economic blockade of the territory.

Afterwards, a border breach with Egypt enabled hundreds of thousands of Gazans to break out briefly and purchase the bare necessities unavailable to them under the siege.

Israeli security chiefs have warned that Palestinian fighters used the breach, which was sealed only on Sunday, to slip out of Gaza, and could try to make their way from Egypt through a porous border into Israel. 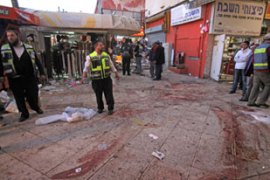 Tzachi Hanegbi calls on government to assassinate of Hamas leaders. 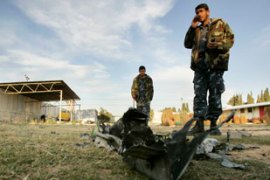 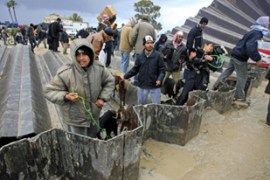 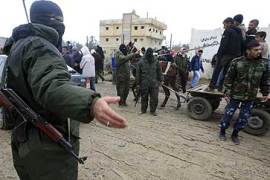 Palestinian group says it must be part of any deal ahead of talks in Egypt.