The whereabouts of Idriss Deby, the president the rebels seek to overthrow, was not known.

State television services have been suspended.
State radio services have also  gone off the air, according to Ibni Oumar Mahamat Saleh, an opposition alliance leader.
Mutasa said that French troops were stationed outside hotels housing French nationals, as well as the French embassy. At least 1,500 French people live in Chad.
“The [Chadian] civilians are looking out for themselves. Some Chadian forces are in town, but most of them have been sent out where the fighting has happened,” she said.
Chadian government troops are guarding the presidential palace, the defence ministry and the official radio station building.
African leaders condemned the opposition alliance’s march on Ndjamena at an African Union (AU) summit in Addis Ababa, Ethiopia.
“The assembly strongly condemns the attacks perpetrated by armed  groups against the Chadian government and demands that an immediate  end be put to these attacks and resulting bloodshed,” the declaration said.
Fierce fighting
A day earlier, Chad’s military said it had defeated the opposition fighters in Massaguet, which lies about 50km northeast of the capital.
Amad Allam-Mi, Chad’s foreign minister, said late on Friday that the opposition alliance had been prevented from reaching Ndjamena.
“The rebels were defeated after serious clashes, the capital is calm and under control,” he said on the sidelines of an African Union summit in Addis Ababa, Ethiopia.
A military source in Ndjamena said Deby had been at the frontline on Friday, but had returned to the capital.
Timan Erdimi, one of the leaders in the opposition alliance, had a different version of events, saying his fighters had defeated the military.

Ban Ki-moon, UN secretary-general, expressed concern at the security situation.
A UN statement said Ban was “deeply concerned at the resumption of fighting in Chad … and reiterates the United Nations’ condemnation of the use of military means to seize power”.
EU mission delay
Chad accuses Sudan of aiding the opposition alliance, which has bases in the Sudanese region of Darfur, just over Chad’s eastern border.
On Monday, an opposition convoy of 300 trucks, each capable of carrying between 10 and 15 men, approached Ndjamena from Darfur in their biggest offensive since April 2006.
Jebren Issa, a spokesman for the opposition United Forces for Democracy and Development, said the opposition alliance did not want to endanger civilians.
“We don’t want the civilians of the capital to be at risk. We can attack the capital at any time we want, but we don’t want to get involved in a civil war,” he told Al Jazeera.
“We want the regime in Ndjamena to surrender to our troops, otherwise we have to get in [to the capital]. But not at the moment.
“We know from our sources inside the capital that the government is too weak to resist our troops.”
The United Nations evacuated all “non-essential” staff from Ndjamena to Cameroon amid the fighting.
Amid the increasing tensions, France has sent a combat unit of 126 extra troops into Chad, joining 1,100 already situated there.
A EU peacekeeping mission, which was due to start deploying in Chad and neighbouring Central African Republic, announced on Friday that it was temporarily suspending troop flights to Chad.
Eufor, which at full strength will consist of 3,700 peacekeepers, is tasked with protecting about half a million civilians displaced as a result of the crisis in Sudan’s Darfur region.
Source : Al Jazeera, News Agencies 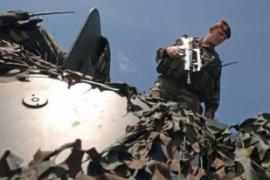 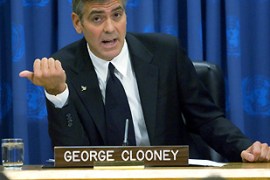 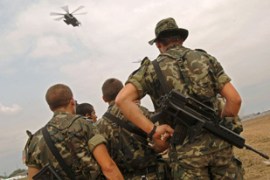 Long-delayed deployment to protect Darfur refugees and workers gets the green light. 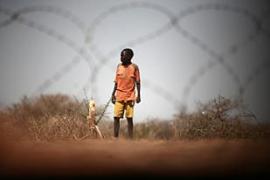