Corruption and nepotism
Morocco’s political system favours often unwieldy coalition governments, and even if a party wins a majority, the country’s prime minister is chosen by King Mohammed VI.

Since coming to power, Mohammed has loosened restrictions on the media, released political prisoners and eased up on many of the Muslim political groups.

However, many Moroccans complain that his domestic reforms have not properly tackled corruption and nepotism.
The Istiqlal nationalist party currently holds 50 seats in parliament, and is the largest group in the governing coalition.
The USFP socialists are the second largest party with 48 seats, followed by the PJD which currently has 42.
Population weary
Mohamed Darif, a political analyst, warned against putting too much faith in opinion polls. Darif said: “In a conservative society such as Morocco, people do not vote for political groupings but for individuals based on religious and ethnic criteria, and only then consider their political programme.”

Toufik Benqaraach, a member of the International Centre of Strategic Studies and Global Governance, which carried out one of the opinion polls, said the support for the PJD was a protest vote.

He said: “This reveals a weariness among the population towards the traditional parties, and a desire to test those who have yet to win power.”
Benqaraach also noted that the influence of religion in Morocco plays in favour of the PJD, whose programme is based on both “an Islamic framework and the democratic choice”.
Dual framework
The party’s electoral platform states that “Islamic sharia law should become the main source of legislation in the kingdom”.
It also proposes the appointment of two ulemas, or Muslim legal scholars, to the constitutional court to ensure the “compatibility of laws with sharia”.

But the PJD rejects any comparison with the Islamic Salvation Front (FIS) in Algeria, a party which started out with similar goals but turned to armed struggle after the army called off elections it was poised to win.

Abdelilah Benkirane, director of the Muslim daily Attajdid, said: “Morocco produced the PJD and Algeria produced the FIS, they are not the same thing. Algeria is not Morocco.”
The PJD entered parliament for the first time in 1997 with nine seats, increasing this to 42 in the 2002 elections.
However, even if they become the largest party in parliament after the September 7 polls, they would have to ally with others to form a government.
No co-operation
The main parties have already said they will pursue their existing coalitions without the PJD.
The PJD is hoping for a change of heart after the elections, which are being contested by 33 parties.
Othmani has reached out to his opponents, while Benkirane recognises that “at the moment, no party is keen to work with us, but if we come first and if the king calls on us, the situation will change”.
However, Darif said the chances of the PJD entering government were “minimal” because King Mohammed VI would prefer to keep them in opposition.
He said this would be “so as not to clear space for Adl Wal Ihssane”, an influential Muslim association which, although critical of the monarchy and in favour of a Muslim state, is tolerated and has boycotted the elections.
Darif said: “It is the king who will decide, but I do not think he will want to upset the Moroccan Islamist order at a time when al-Qaeda is looking to grow in the Maghreb.”
Source: News Agencies 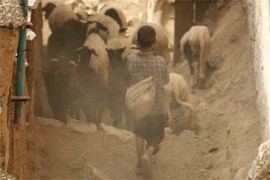 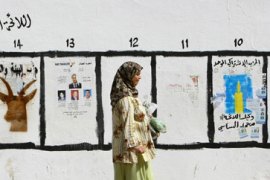 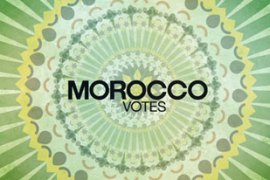