A Moroccan political party has selected a woman from the Jewish faith to head its national women’s list for the parliamentary elections, in a first for this overwhelmingly Sunni Muslim North African country.

Maguy Kakon, a real-estate consultant, was born in Casablanca to Moroccan Jewish parents. She is married with four children.

Kakon is not the first Jewish Moroccan to enter politics, though. Men from her community have served in parliament before.

In 1956, when Morocco attained independence, Jews had three members in parliament and another of their number in the government: Leon Benzeknin, the minister of post office and health.

In the 1980s, Serge Birdigho served as the tourism minister. Currently another Jewish Moroccan, Andre Azoulay, is a senior adviser to King Mohammed VI.

Kakon said she decided to run for the election because of the excellent relations she has with fellow Moroccans and her desire to serve them in parliament.

“I joined The Social Centre Party only two years ago, but I have to say that at the age of 54, my experience and maturity qualify me to be involved in politics. I have been active in civil society, but this time I have decided to invest in politics.”

Lahsen Madih, secretay-general of the Social Centre Party, said the Moroccan constitution grants Kakon the right to contest in an election as a Moroccan citizen as long as she abides by the laws of the kingdom.

The choice of Kakon reflects the importance of Judaism as an important constituent of the Moroccan identity, Madih said.

Despite their current small numbers, Jews continue to play a role in Morocco’s intellectual and economic life, and Jewish schools and synagogues receive government subsidies.

The Six-Day War in 1967 led to increased Arab-Jewish tensions worldwide, including Morocco.

By 1971, the Jewish population was down to 35,000; however, this time around most went to Europe and North America rather than Israel.

At present fewer than 7,000 Jews are believed to remain, mostly divided between Rabat and Casablanca.

Asked whether it would be difficult for her to win a seat in an overwhelmingly Muslim country, Kakon said: “First of all I am a Moroccan citizen. Yes I am a Jew and very well-known as a Jewish woman.

“I do admit that it is not easy for me to run for elections.

“Not because I am Jewish but because I am a woman. Moroccan women, however, are present in all walks of life and I think I should give it a try.”

Asked why she joined a small political party with an apparently slim chance of success, Kakon said that she was not interested in the major parties.

She said the Social Centre Party is young and independent and thus an ideal vehicle for someone interested in public service.

Kakon said: “I have chosen Social Centre Party because I consider it the new political voice in Moroccan politics. I am relying on people to vote for me.

“People give their votes to candidates whom they trust and I enjoy the confidence of the people.”

She said her campaign will focus on the youth, whom she described as the nation’s fortune, and vowed to take her campaign to multiple cities to familiarise the public with her party’s political programme.

“My priority will be teenagers because 70 per cent of the Moroccan people are under age of 20,” Kakon said.

“We have to be very vigilant for our youth. Youth is our wealth and power.” 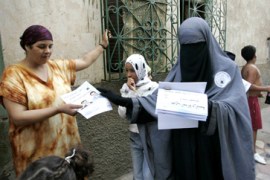 Activists acknowledge improvements but say enforcement is another matter. 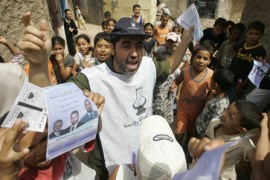 Focusing on basics over beards

The Islamic party has pledged to fight corruption and create jobs. 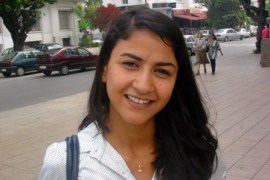 Residents of Morocco’s capital give their views on the upcoming polls.