Fighters in Mohmand had demanded the release of five other fighters and the withdrawal of Pakistani troops from checkposts in the region.

However, Syed Ahmed Jan, a senior government official in Ghallanai, the main town in Mohmand, said the release of the 10 was unconditional.
The military has said that the men are not captives but are stuck between rival tribal factions and are unable to leave.

Taliban and al-Qaeda members have taken refuge in Waziristan and other remote regions on the Pakistani side of the Afghan border since US and Afghan opposition forces defeated the Taliban government in Afghanistan in late 2001.

Violence in Pakistan, mainly in its northwestern tribal belt on the Afghan border, has risen since the collapse of a peace deal with fighters and an army crackdown on the Red Mosque in Islamabad in July. 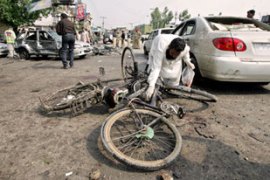 At least 24 people killed and scores wounded in co-ordinated attacks on garrison town. 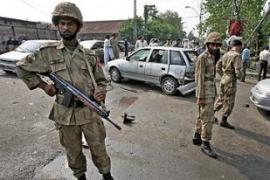 Up to 24 people killed and 66 wounded in two bomb attacks near capital Islamabad.

Up to 16 people killed in two bomb attacks near the capital, Islamabad. 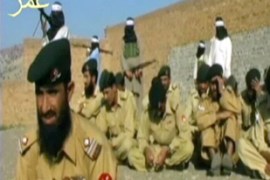