Moroccans go to the polls on September 7 in the kingdom’s eighth parliamentary elections since 1963.

International observers will scrutinise the election process on the ground and Western powers will be watching the polls keenly.

An Islamic party looks likely to win the majority of votes and the elections themselves are being touted as a verdict on the king’s modernisation programme.

In September, voters from Morocco’s 95 electoral constituencies – increased form 91 in 2002 – will be electing members to serve five-year terms in the House of Representatives.

Recently enacted regulation will ensure that 10 per cent of those elected are women, which means that 30 of the 325 seats will go to female candidates.

Electoral campaigning for this election officially began on August 25.

Voter turnout is generally poor. Only 52 per cent of Moroccans voted in the last elections and a certain amount of voter apathy is expected this time too.

Figures from the interior ministry suggest there are 15 million eligible voters, out of a population of about 22 million.

The three major parties are The Socialist Union of Popular Forces, the Independence party and the Justice and Development party (PJD) – an Islamic group.

The PJD, which is Morocco’s third-largest party, has candidates standing in all 95 constituencies and looks to be the most popular. It shares a number of aims with the palace, and is seen as being groomed to take part in government.

There are, though, 33 political parties competing in Morocco’s elections, while a 34th, the Annahj Addimocrati (Democratic Path) party, is boycotting the poll. The party has never taken part in an election.

He is. Morocco is a constitutional monarchy and the king has ultimate authority. King Mohammed VI, Morocco’s monarch, came to power in 1999, after the death of his father. He is the military and religious head of the country with power to dissolve parliament, call fresh elections or rule by decree.

While the government is recommended by the prime minister, it is approved by the king.

Since coming to power, though, Mohammed has loosened restrictions on the media, released political prisoners and eased up on many of the Muslim political groups.

He has also launched an Equity and Reconciliation Commission that examines human-rights abuses perpetrated during his father’s reign.

The king is not without his critics, however.

Many Moroccans complain that his domestic reforms have not properly tackled corruption and nepotism. He has, nevertheless pushed through legislation to tackle poverty and address women’s rights.

Where does Morocco stand today?

Despite good political relations and strong economic ties with the EU and US, Morocco still has high unemployment (15.5 per cent in cities), a low literacy rate (about 52 per cent) and a great deal of poverty.

In April this year, five suicide bombers blew themselves up in Casablanca, with officials saying the attacks were aimed at US targets.

In 2003, suicide bombings in Casablanca killed more than 40 people.

So-called anti-terrorism legislation, introduced in the wake of the 2003 bombings, has been criticised by human-rights groups which argued that it was an “unnecessary compromise” on basic human rights.

Did the Casablanca bombings have any political fallout?

Since the bombings, the PJD’s leaders have distanced themselves from the slogans of their more socially conservative colleagues. Also, in what was widely seen as a backroom deal with the government, a PJD candidate was allowed to win office as mayor of Meknes, the kingdom’s seventh city.

This gave the party a chance to demonstrate its administration skills.

Does the US have an opinion on all this?

The US is keen to show support for Morocco, and in turn Morocco wants to be seen as one of the most “open” countries in the Muslim world. US diplomats, hoping to show that America does not dismiss all Islamic parties out of hand, routinely meets PJD leaders.

The US is also keen to ally with Morocco because Rabat has deployed peacekeeping forces in the Balkans in support of Nato and EU missions even though it is not a member of Nato.

In 2006, a US Free Trade Agreement with Morocco came into effect and the US has steadily increased its aid contributions to the country, including awarding Morocco a grant worth nearly $700m, the largest grant given to any country by the US’s Millennium Challenge Corporation, just a week before the elections.

Bordered on the east by Algeria and on the south by Mauritania, Morocco has a population of 31.9 million, with Arabs constituting 70 per cent and Berbers making up most of the rest.

Sunni Muslims account for 90 per cent of the population, but the kingdom also has small Christian and Jewish minorities.

The official language is Arabic, with variations of Berber languages spoken widely in the mountainous areas and the south. Many Moroccans speak French or Spanish as a second or third language.

A new constitution establishing a constitutional monarchy was approved by referendum in 1962. 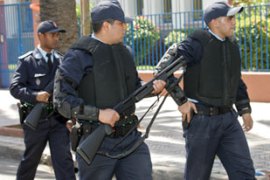 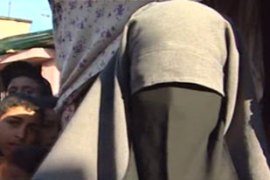 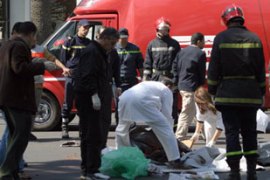 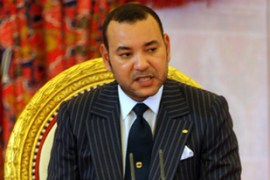