The US has suspected North Korea, which conducted its first atomic weapons test in October, is developing a highly enriched uranium programme.

When asked whether the declaration would have to include the suspension of all uranium activities to be satisfactory to Washington, Hill replied: “Full means full”.

He stressed that talks would continue under the six-party framework that has addressed the issue of the secretive communist state’s nuclear programme, with the next plenary session expected in Beijing, China, later in September.

“Of course we will have to work out some of the details of this in the six-party process … but we had a very good understanding of this today and an understanding that we need to pick up the pace and get through this phase in 2007,” he said.

The two Koreas, the US, China, Japan and Russia are all involved in the multilateral process.

Hill said the ultimate aim was not just declarations and disabling of facilities but the full denuclearisation of the Korean peninsula and the forging of closer regional ties.

“We’re in this for an even broader purpose which is to help create the sense of neighbourhood and bring all the countries together” as part of a North East Asian peace and security framework, which is scheduled to be the focus of further discussions in 2008, he said.

Japan and North Korea will meet face-to-face in the Mongolian capital Ulan Bator next week.

The two countries’ relations have been strained not only by the nuclear activities but also by an unresolved series kidnappings that were undertaken in the 1970s and 1980s.

Hill emphasised on Saturday that the “abduction” issue was also of great importance to the US. 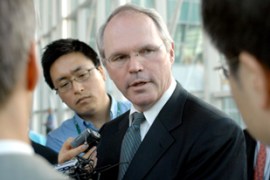 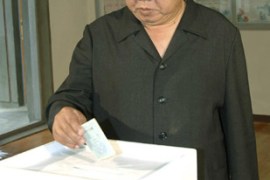 Kim Jong-il son ‘back in favour’ 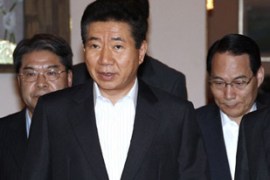 Leaders are to meet for only the second time since the Korean War ended in 1953.