The merger of companies with a combined value of €90 billion was pushed forward 18 months ago by a previous conservative government to prevent a potential foreign takeover of Suez – the company that built the Suez Canal.

But a cocktail of problems caused by public doubts over the privatisation of GDF, regulatory conditions, paralysis during recent French elections and, finally, a messy jigsaw puzzle over financial valuations, almost scuttled the huge deal.

A source close to the talks said the deal followed a compromise over historic water and waste assets owned by Suez.

The government wanted Suez to sell these assets, valued at €18 billion to €20 billion, to slim down the company and ensure a “merger of equals” with the smaller GDF.

After putting up a robust defence against selling, Gerard Mestrallet, the Suez chairman, agreed to sell some 65 to 66 per cent of the business to let the main deal go ahead, the source said.

That helped negotiators meet government conditions that the state, which owns 80 per cent of GDF, could maintain a blocking minority of 34 per cent in the merged entity.

The deal followed a tense week that saw the French president step directly into the negotiations by issuing a public challenge to Suez to compromise. Suez denied a report that it had issued its own ultimatum to the newly elected Sarkozy.

Unions and opposition Socialists oppose the privatisation of GDF and suspect it will lead to gas tariff rises. On the other hand, some investors fear state interference in the new group.

Gueant told French radio RTL: “The state will truly have a power to give direction to the new company.”

He said the new group would be called Gaz de France-Suez.

Francois Hollande, French Socialist leader, accused Sarkozy of “giving orders like a prince” to complete the deal, reversing a pledge he had made as finance minister to keep GDF public.

Suez’s market capitalisation has increased faster than that of GDF since Dominique de Villepin, the former prime minister, first announced their intention to merge on equal basis to prevent Suez falling into the hands of Enel of Italy. 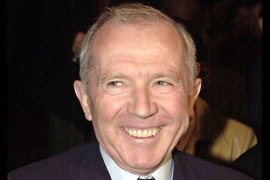 Chirac wants to push ahead despite doubts over the future of the tie-up.