“This election will strengthen democracy and is in the interest of the nation,” he said.
“The government will take every step to ensure a free, fair and transparent election.”
Lawyers protest

Ahmad was one of a number of judges who quit rather than swear allegiance to Musharraf when he carried out the coup.

“We have come here to perform a national duty,” he said. “This assembly cannot elect Musharraf.”

Musharraf has said he will quit as army chief by November 15 and be  sworn in as a civilian leader if he wins – but has also warned that he will keep his military role if anything stands in his way.

The opposition has taken this as an indication that he can impose emergency rule or even martial law if he is barred from standing by the court.

Dissolving parliament for up to a year is another option, analysts say.

The presidential vote is to be carried out by national and provincial parliaments, whose terms must end by early 2008 when general elections are due.

The opposition wants the president to be elected by new assemblies.

But Mushahid Hussain, secretary general of Musharraf’s ruling Pakistan Muslim League party, insisted that Musharraf would leave the army after the election.

“The president is still in uniform. He will take off his uniform after his election and before swearing in as president for another term,” Hussain told reporters.

The government had detained hundreds of opposition supporters in raids which started at the weekend to thwart planned demonstrations at the official sealing of Musharraf’s candidacy.

Pakistan’s supreme court has been increasingly hostile to Musharraf since he tried to sack Iftikhar Muhammad Chaudhry, its chief justice, in March.

The Pakistani leader has also expelled one of his rivals Nawaz Sharif, the former prime minister and the man he toppled eight years ago, within hours of Sharif’s return from exile earlier this month. 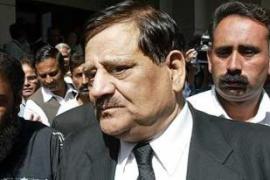 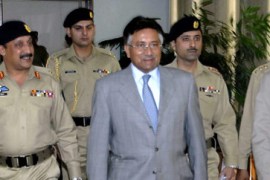 Plus disputes over a suicide verdict in the death of a Russian journalist. 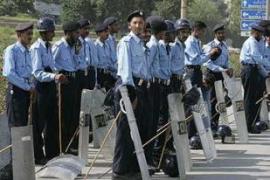