Biofuels criticised
Lula’s support for the industry has made Brazil the world’s largest exporter of biofuels.

His comments came after Ban Ki-moon, the UN secretary-general, earlier called for world leaders to prioritise the need for action on climate change.

But neighbouring countries have openly criticised Brazil and the US for promoting biofuels, particularly ethanol, saying the move pushes up food prices and causes world hunger as agricultural land is switched to growing crops necessary for biofuel production.
Argentine farmers and environmentalists also accuse Brazil of destroying vital rainforests in the drive to produce ethanol.
One conservationist demonstrating against Lula’s policies, who gave his name as Marcos, told Al Jazeera: “They’re trying to sell us this biofuel story, that we’ll have all our trucks and cars running on it, that it’s the fuel of the future.
“[But] we, the people, meanwhile, will have nothing to eat.”
‘Seal of assurance’
Lula told the UN biofuels did not hurt the environment or food production.
“Brazilian biofuels will reach the world market with a seal of assurance for their social, labour and environmental quality,” he said.
“It is entirely possible to combine biofuels with environmental protection and food production.”
Lula said Brazil, as a pioneer in the use of biofuels – especially ethanol and biodiesel – has reduced carbon emissions, and that clean energy also encouraged development in poor countries.
Source: Al Jazeera, News Agencies 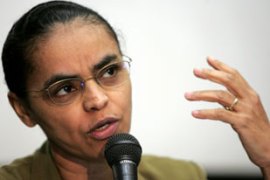 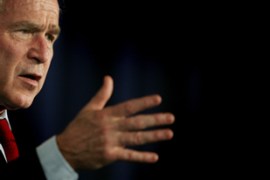