An Israeli military spokeswoman confirmed there had been an attack by the air force but had no word on its target.
Israel often mounts strikes on Gaza following cross-border rocket fire from Gaza.
Meanwhile, Israeli shelling killed four Palestinian civilians in the northern Gaza Strip, according to Palestinian officials.
They said fire from an Israeli ground force struck a house in the town of Beit Hanoun, killing four of its occupants.
An Israeli military spokeswoman said she was checking the report.
Source: News Agencies 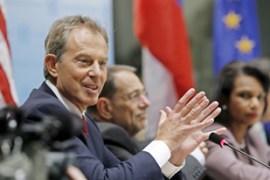