Thousands of sub-Saharan Africans have been caught by the Moroccan army trying to slip illegally into the Canary Islands from West Africa.

Most of them come from Ghana, Togo, Benin and the Ivory Coast in search of a better life, paying hundreds of dollars for passage.

“I am from Nigeria,” one migrant said. “I decided to make this journey because in my country we have no jobs. I am going to Europe for a purpose. I have nothing to eat in my country.”

When Spain tightened its borders with the north of Morocco, Western Sahara – a disputed territory to the south – was overwhelmed by a flood of illegal immigrants.

Between January and August almost 7,000 Africans reached the Canaries.

Despite this being a two-thirds reduction from the same period in 2006, more than 60 Africans have drowned off the coast of the islands since July alone.

As a result, Spain began a $1.4m media campaign across West Africa in September as part of its attempts to combat illegal immigration.

Colonel Noureddine Benacher of Moroccan Royal Gendarmerie, said: “Eighty per cent of our activity is directed towards illegal immigration. It is a very well organised network with masterminds, organisers and smugglers.”

When an immigrant is intercepted, and transported back to West Africa, smugglers simply find new trafficking routes to bring them back and revive their dreams.

Khaled Zerouali, an official with the migration and border surveillance department of the interior minister, is the man with the mammoth task of finding a permanent solution to the influx of illegal immigration.

“The number of networks we are dismantling is huge. The only difficulty we have is that there is a lot of cash involved.

“When you dismantle one network you have three or four that are born. The only way to cope with it, is to make people aware of the dangers and help them set up projects so they can settle in their countries.”

Controlling illegal immigration is made more difficult by the vast sand dunes that stretch towards the sea.

Stranded, hungry and thirsty, not everybody makes it to the Canaries. Dozens of bodies are often found floating near the coast.

On one patrol with the Moroccan border police, Al Jazeera came across one group of migrants whose dreams of a better life in Spain had evaporated in the flames that ripped through their wooden boat.

A journey that started in the heart of Africa was over for them.

But they were considered lucky, many others have ended up buried in unmarked graves hundred of miles away from their families. 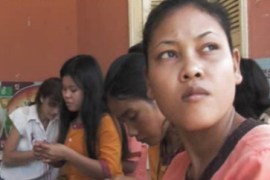 Plus a Muslim woman’s fight to be a US army chaplain and the lives of Chinese women. 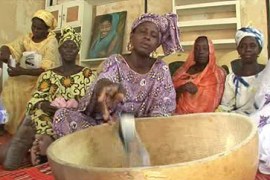