“Iran is an influential power in the region and the world should know that this power has always served peace, stability, brotherhood and justice,” he said.
‘Psychological warfare’

“Those who think, that by using such decayed tools as psychological warfare and economic sanctions, they can stop the Iranian nation’s progress are making a mistake.”

He reiterated his call on the US and other foreign forces to leave neighbouring Iraq.

“The nations throughout the region do not need the presence of the foreigners,” he said.

As he spoke, tanks, and other military armaments passed by the podium in the parade area near Tehran’s tomb of Ayatollah Ruhollah Khomeini, the founder of the Islamic Republic.

“Ahmadinejad was showing that Iranian forces can build any type of weapon that they need on their own,” Alireza Ronaghi, Al Jazeera’s correspondent in Tehran, said.
“He was warning the west against any ideas of conflict with Iran.”
The full range of Iran’s armed forces were on display, with thousands of members of the regular army and the elite Revolutionary Guards saluting Ahmadinejad and senior military leaders in a march-past.
Nuclear ambitions

Iran remains embroiled in a dispute with the West over its nuclear ambitions.

The United States, which says Iran is trying to build an atomic bomb, has said it has not ruled out military action if a diplomatic resolution cannot be found.

Iran, which insists its nuclear programme is for peaceful purposes, has threatened to hit back at US interests in the Middle East if attacked.

Bernard Kouchner, the French foreign minister, last week warned that the world should prepare for war against Tehran.
But Nicolas Sarkozy, the French president, later played down the comments saying: “It is an extremely difficult affair, but France does not want war.”
“Iran is trying to get a nuclear bomb. I have said this is unacceptable and I tell the French people that it is unacceptable.”

Mohammad Ali Jafari, head of Iran’s elite Revolutionary Guards, said on Saturday that plans had been drawn up in case the country was attacked, and the parade showed the “might of Iran’s armed forces to its enemies”.

“Our message to the enemies is: Do not do it,” he said. “They will regret it, as they are regretting it in Iraq.”
The five permanent members of the UN Security Council and Germany met in Washington on Friday for talks about new sanctions aimed at trying to force Iran to halt its sensitive nuclear programme.
The council has imposed two rounds of limited sanctions on Tehran since December.
Officials representing the group said they will keep pursuing a “dual track” approach to Iran – trying to persuade it to abandon such atomic work via negotiations while considering new sanctions.
Source : Al Jazeera, News Agencies 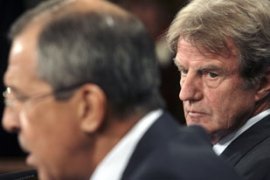 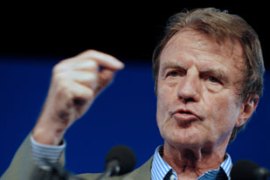 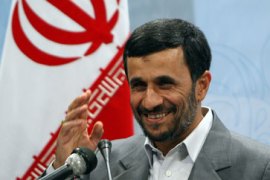 The war of words continues as tensions escalate.