Those sanctions currently include arms embargoes and travel bans.

Brown said he would snub a planned summit between EU and African leaders in Lisbon in December if Mugabe was invited, accusing him of “abusing his own people.”

Brown wrote in Thursday’s edition of the Independent newspaper that Mugabe’s presence risked “diverting attention from the important issues that need to be resolved. In those circumstances, my attendance would not be appropriate”.

Unemployment in Zimbabwe is running at 80 percent and inflation is around 6,600 per cent as the country’s agrarian economy collapses.

Critics blame the crisis on Mugabe’s policy of seizing white-owned farms for redistribution to landless blacks while the government blames international sanctions.

Crops are failing, a price freeze has cleared supermarket shelves of most staple foods and starvation is rife.

The Portuguese foreign minister, Luis Amado, said he would rather see Brown than Mugabe at the summit but the British prime minister’s diplomatic offensive has been met with some resistance from Mugabe’s fellow African leaders.

Levy Mwanawasa, Zambia’s president and head of a 14-nation southern African group seeking to end Zimbabwe’s political and economic crisis, said he would boycott the summit if Mugabe was not invited and said other African leaders could do so too.

“I will not go to Portugal if Mugabe is not allowed. I don’t know how many of us [African leaders] will be prepared to go to Portugal without Mugabe,” he said.

A Portuguese source close to the EU presidency, which the country currently holds, said Europe’s ties with Africa “cannot remain hostage” to the Zimbabwe issue and could well go ahead without Brown.

Portugal is keen to forge deeper ties between Eruopean and African leaders.

“It will be very hard not to invite Mugabe. Some African leaders in the African Union might not be willing to come if he is not invited,” the source said.

The summit would be the first between the EU and Africa in seven years.

Plans for a new set of talks have stumbled in the past because ex-colonial power Britain and several other EU states refused to invite Mugabe, prompting the Africans to stay away.

Meanwhile in Zimbabwe on Thursday, the country’s parliament voted to adopt an amended bill that could effectively let Mugabe decide on his successor as president.

All 111 lawmakers present at Thursday’s sitting, including those from the two factions of the Movement for Democratic Change [MDC], voted in favour of the bill to amend the constitution, Kumbirai Kangai, the deputy speaker of parliament, said in parliament.

The compromise between the ruling Zanu-PF and the MDC allows parliament to elect a new president if the incumbent does not serve a full term.

Nelson Chamisa, a spokesman for the MDC faction led by Morgan Tsvangirai, said on Tuesday the decision not to launch a token fight against the amendment was taken as a gesture of goodwill.

Patrick Chinamasa, the justice minister, said the compromise stemmed from ongoing talks between Zanu-PF and the MDC.

Thabo Mbeki, South Africa’s president, has been mediating the talks which were called for by the Southern African Development Community after violent crackdowns on the opposition in March. 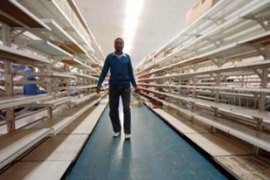 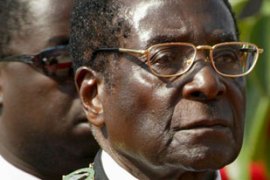 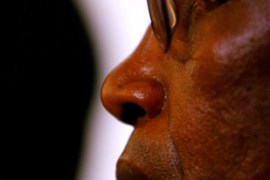 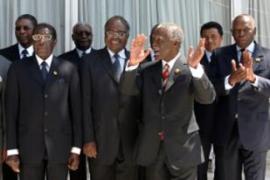 SADC puts no pressure on Mugabe