However, the generals’ criticism was rejected by John Bolton, former US ambassador to the United Nations, who told the BBC that Jackson’s remarks “read into a version of history that simply is not supported by the evidence”.
‘Shut out’

Cross said that Donald Rumsfeld, the former US secretary of defence, had dismissed concerns regarding the lack of sufficient troop numbers to maintain security and assist in Iraq’s reconstruction.

“He didn’t want to hear that message. The US had already convinced themselves that Iraq would emerge reasonably quickly as a stable democracy,” he told the Sunday Mirror.
“Anybody who tried to tell them anything that challenged that idea – they simply shut it out.”
His comments echoed those by Jackson, now retired, who told the UK’s Daily Telegraph newspaper on Saturday that Rumsfeld’s approach had been “intellectually bankrupt”.
Jackson, who took command of the British army one month before the US-led invasion of Iraq, also described Rumsfeld’s claim that US forces “don’t do nation-building” as “nonsensical”.

“[He is] one of those most responsible for the current situation in Iraq,” he said.

US rebuttal
In Soldier, his forthcoming autobiography, Jackson accuses Rumsfeld of refusing to deploy enough troops to maintain law and order after the removal of Saddam Hussein, the former Iraqi president.

He also alleges that Rumsfeld dismissed detailed plans for the running of post-conflict Iraq that had been drawn up by the US state department.

However, Bolton told BBC Radio 4’s PM show that Jackson had a “parochial view from the military perspective. I don’t think he saw some of the larger political debates”.

“I’m not saying that we got it right in Washington because I’ve made my own criticisms. His [criticisms] just happen to be way off the mark, very simplistic [and] I think in a sense limited by the role that he had,” Bolton told the programme. 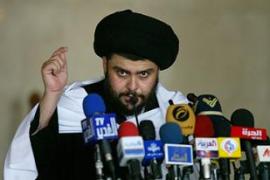