State media have published extracts of Gaddafi’s “narrative of the revolution” which recalls the events leading up to the 1969 coup.

The anniversary also comes against a backdrop of greater press freedoms and change pushed by Sief al-Islam, Gaddafi’s second son.

As well as backing a new constitution protecting independent media Sief has backed a major privatisation campaign and an 80 billion Euro investment programme.

Private media appeared for the first time since Gaddafi came to power in the summer of 2007, allowing for publication of stories that have criticised the government.

Mohammed Bussifi, director of Al-Ghad, which launched a new satellite channel Al-Libya in August, said: “We are counting on giving a new image to the Libyan press. The media should not be happy to report information but help state  bodies fight corruption.”

Bussifi said he was “ready to push criticism as far as possible,” but without crossing the “red line of the leader”.

Al-Ghad, a media firm which deals in publishing, printing and distribution, has also signed contracts with international publishing houses to ensure the distribution of foreign publications “without censorship,” he said.

He said that his firm had set up 200 news stands in Tripoli and Benghazi, Libya’s second-largest city, to improve distribution.

Beshir Belawi, head of Al-Libiya, promised that the new channel will offer “a large margin of freedom and criticism”.

“The channel’s programming during the [Islamic] month of Ramadan will be decisive to underlining our difference with the official channels,” he said.

Seif caused an uproar last year when he said official newspapers were “dull” and “nobody read them,” as he called for freeing media from the grip of the state.

Recently, in outlining a draft constitution, he appealed for a society equipped with independent media to highlight cases of corruption and fraud.

According to Al Jazeera sources, Gaddhafi is not due to give a speech, which would be only the second time he would not do so during his presidency. 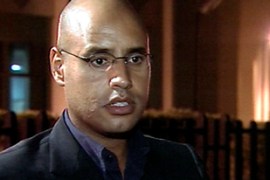 Saif al-Islam says the whole issue was a game of blackmail initiated by Europeans. 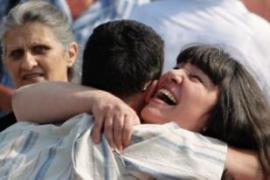 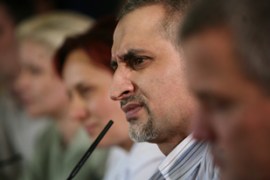