Vladimir Churov, the head of the Russian electoral commission, said last month that “10 to 12” parties would contest the elections.
However, only the pro-Putin United Russia, Just Russia, the Communists and the Liberal Democratic Party are forecast to enter the Duma.
Stringent new qualification requirements are likely to scupper bids by other parties.
Threshold raised
In 2006, the threshold to win representation in parliament was raised from five to seven per cent of the votes cast.
The requirement for a minimum turnout was also abolished, a move likely to ensure the victory of pro-Kremlin parties, according to their opponents.
The opposition also says new “anti-extremism” laws will be used to silence their campaigns.
The focus in the run-up to the election is likely to be on who will lead the United Russia party list, and therefore be likely candidate to make a presidential bid.
Russian newspapers have speculated that Sergei Ivanov, a first deputy prime minister and favourite in the opinion polls to succeed Putin, might lead United Russia into the Duma vote.
More than 107 million voters are registered to elect the Duma’s deputies.
Source : News Agencies 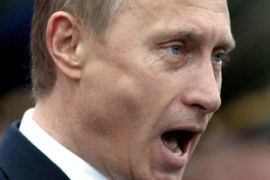 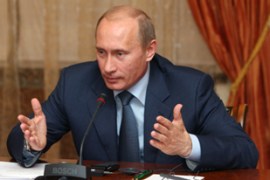 The Kremlin accuses the West of not complying with Conventional Forces treaty. 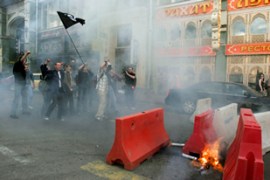 Riot police on standby for gathering in capital. 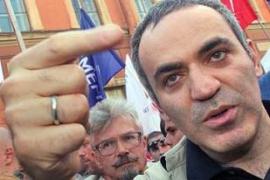 Protest permitted in Putin’s home city as he shows off Russia’s economic potential.