“I’m not a separatist but we can’t just let ourselves be taken advantage of.”
Many of the cyclists wore yellow jerseys emblazoned with the Flemish lion, while stickers of the same stamp adorned their bicycles.
Members of the Vlaams Belang party, which supports Flemish independence, distributed sweets to participants.
Political turmoil
Belgium has seen increasing political turmoil since elections on June 10, as the major parties have failed to overcome their differences and form a new coalition government.
Around six million of Belgium’s 10.5 million people live in Dutch-speaking Flanders, with 3.5 million in French-speaking Wallonia and one million in the Brussels capital region. Belgium also has a small German-speaking community.
While Brussels residents speak mainly French, the outer suburbs have been part of Flanders since 1963 and Flemish is the official language.
The “dual” nature of this area has become a political issue.
Bart De Wever, leader of the New Flemish Alliance party, complained about French-speakers who “set up house in a unilingual area”.
“The first thing you have to do is learn the language. Everyone is welcome here who is polite enough to adapt,” he told reporters before cycling away.
Some indifferent
Not all among the mainly Flemish crowd at the event were concerned about politics.
One woman, who spoke to her children in French, said: “We live in the Flemish Brabant and we are perfectly bilingual. We prefer not to get mixed up in politics, we’re just here for a nice day out together.”
People taking part in the Gordel had the choice between 13 cycle circuits and 10 walks, ranging in distance from 7km to the 140km full Gordel tour.
More than 70,000 people turned out for a rainy ride in 2006, but with predictions of drier weather this year organisers hoped for an even greater turnout.
Source: News Agencies 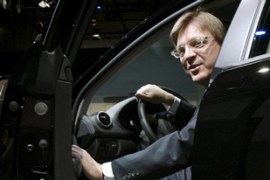 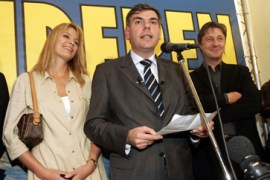