“There will be special sovereignty over the holy sites, taking into
account Israel’s unique interests in overseeing them.”
He said that the Western Wall, a holy site in Judaism, would remain under Israeli control.
Outrage
But his comments triggered outrage across the political spectrum, including from members of his own ruling coalition.
Zeev Elkin, an MP from the Kadima party, said: “These ideas are as far as east and west from the basic original viewpoint that Kadima was built on.
“I will do everything in my power, along with many other Kadima members, to stand guard and take care of the city’s future.”
Eli Yishai, trade and industry minister of the ultra-Orthodox Shas party, said: “Jerusalem is a city that has been bringing together the Jewish people for thousands of years, and is not a bargaining chip or piece of real estate.”
Yishai was quoted by the Ynet news website as saying: “Jerusalem is the Jewish people’s right of existence and there is no one who is able to give up that right.”
‘Eternal and undivided’
Israel views the Jerusalem as its “eternal and undivided” capital, a view not recognised by other world powers.
The fate of east Jerusalem, which Israel seized from Jordan in the 1967 Middle East war and went on to annex, is one of the most contentious issues in the Israeli-Palestinian conflict and a core issue for the peace process.
In the past, there have been other proposals to divide Jerusalem.
In 2000, after the conclusion of the Camp David peace talks between Ehud Barak, then Israeli prime minister, and Yasser Arafat, the now deceased Palestinian leader, there was talk of dividing Jerusalem into two cities.
Haim’s letter surfaced as Condoleezza Rice, the US secretary of state, arrived in the region to meet Ehud Olmert, the Israeli prime minister, and Mahmoud Abbas, the Palestinian president, to build momentum for a US-led peace conference expected later in the year.
Rice was due to meet Ramon, along with Olmert and a number of senior Israeli officials, later on Wednesday.
Source : Al Jazeera, News Agencies 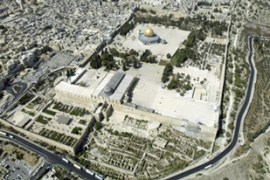 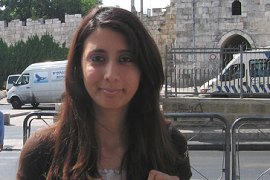 Residents of East and West Jerusalem share their thoughts on 1967’s legacy.