“We will not accept the code of conduct announced by the election commission and we will disrupt all ongoing election plans,” he said.
Bhattarai also warned the former rebels could take up arms again if their demands were ignored.
“We will launch peaceful protests, but we have the right to counter those who try to suppress our peaceful programme,” he told thousands of cheering supporters beneath a large poster of Prachanda, the Maoist leader.
Strike call
The Maoists had been insisting the nation must be declared a republic before the November 22 vote, insisting that King Gyanendra and his supporters were trying to sabotage the election.

The Maoists said launch street protests to ensure the election is held on time but will keep to the ceasefire. 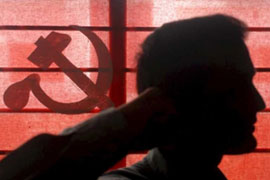 While Bhattarai stopped short of announcing a boycott of the polls, some analysts said they were now likely to be delayed.

“There is a major risk that the election may not be held on time,” said Yubaraj Ghimire, editor of Samay, a Nepali news magazine.
The Maoists said they would launch protests in all of Nepal’s 4,000 villages and in front of district administration offices in its towns to press their demands.
They also called for a three-day general strike from October 4, when the candidates for the election are supposed to file their nomination papers.
The UN urged the Maoists to abide by agreements made last year.
“The United Nations Mission in Nepal calls on the Maoist  eadership to observe its commitments to keep the Maoist army in cantonment and that it not be mobilised for political protests,”  said Kieran Dwyer, a UNMIN spokesman.
Tactical delay
Some analysts said the Maoists, who entered mainstream politics only recently, could be nervous about the elections and are trying to delay the vote. 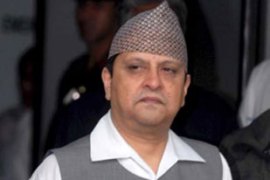