DPP supporters, many wearing shirts printed with the slogan “UN for Taiwan”, gathered in Kaohsiung, waving flags in front of an arch with a huge “UN” sign on top.
Chen and Frank Hsieh, the DPP presidential candidate, are expected to address by videolink Taiwanese groups gathering in front of the UN headquarters in New York.
Yu Shyi-kun, DPP chairman, said: “We urge the public to participate in the event to support the UN membership referendum, to voice their wishes to the world and let the world see Taiwan.”
Separate rally
Kuomintang (KMT), the opposition party responsible for the rally in in Taichung, is also calling for a return to the UN and is proposing its own referendum on whether the island should push to join as the “Republic of China”, its official title, or “Taiwan”.

Chen has repeatedly vowed to press ahead with the planned vote despite warnings from Beijing and Washington, which says the move is move provocative and could heighten tensions in the region.
In a speech this week, Thomas Christensen, US deputy assistant secretary of state, said Washington “must strongly oppose” the vote, fearing downsides for both Taiwan and the US which is treaty-bound to protect the island.
“The frustrating truth is that needlessly provocative actions by Taipei strengthen Beijing’s hand in limiting Taiwan’s space and scare away potential friends who might help Taiwan,” Christensen told the US-Taiwan defence industry conference in Maryland.
Hu Jintao, China’s president, last week told his US counterpart that the next two years would be a period of “high danger” in the Taiwan Strait.
Shanghai, a city which Taiwan has threatened to bombard in the event of conflict, held a major air-raid drill on Saturday, a sign that China still views war as possible with the island.
In 2004, You Si-kun, then Taiwan premier, threatened to fire missiles at Shanghai if the island were attacked. But business ties between Shanghai and Taiwan are booming. Hundreds of thousands of Taiwanese live, work and even retire in the city.
Referendum plan
Chen plans to hold a referendum next March on the UN bid, and Beijing could see the vote as a declaration of independence by the island.
Taiwan’s president on Thursday defended the referendum, saying it would not alter the cross-strait status quo or imply a change in the island’s official name.
Names and titles are highly sensitive in the row between Taiwan and China, which split after the end of a civil war in 1949.
The island, under its official name the Republic of China, lost its UN seat to China in 1971.
Its efforts to rejoin the world body using its official name have been repeatedly blocked by Beijing, which regards Taiwan as part of its territory awaiting reunification.
Source: News Agencies 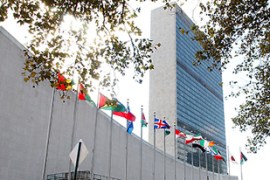 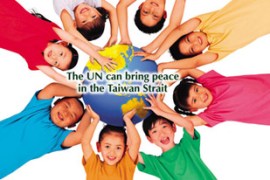 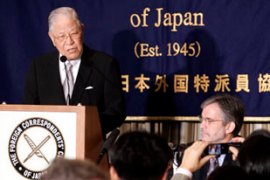 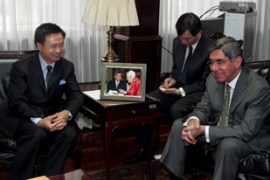