She said he had been visiting his five-year-old son who had undergone hip surgery at a Belgrade hospital.

The Serbian interior ministry did not confirm the arrest.

Earlier on Friday, police in Pale briefly detained Kosta Cavoski, a legal expert known as a close Karadzic family friend, and questioned him about the fugitive’s location.

“They knew I had no such knowledge and only wanted to harass and frighten me because I’m among only few Karadzic family friends who is not afraid to help them,” Cavoski said.

A Serbian minister suggested on Friday that tactics could be changed to put more pressure on the Karadzic family.

The family has been the target of raids by Nato and EU peacekeepers on several occasions in the past few years, without visible results.

Serbian authorities have promised to step up efforts to hunt wartime fugitives in a bid to gain a pre-membership deal with the EU.

The EU froze pre-membership talks for 13 months due to Serbia’s alleged lack of co-operation with the UN war crimes tribunal in The Hague.

Talks resumed on June 13 after a former Bosnian Serb general, Zdravko Tolimir, was indicted on genocide charges in May.

Karadzic is thought to be hiding in the Serb-controlled part of Bosnia, or in a remote part of Montenegro, areas where police often search houses belonging to the fugitive’s relatives.

Meanwhile on Friday the UN security council extended the appointment of Carla del Ponte as prosecutor of war crimes in the former Yugoslavia until December 31, when her still-unnamed successor will take over.

The outspoken Del Ponte, from Switzerland, has held the job for eight years and her term of office had been due to end on Friday.

She has been appointed Swiss ambassador to Argentina starting next year.

As Yugoslavia prosecutor she has helped bring a number of suspects to court, including Slobodan Milosevic,the former Serbian president.

Milosevic died last year before his trial could be completed. 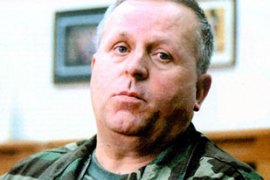 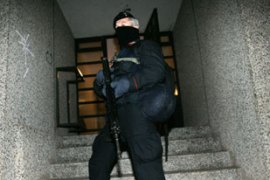 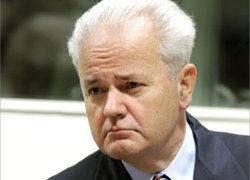 UN: Milosevic was not poisoned

A UN tribunal has said Slobodan Milosevic died of natural causes, but security breaches did allow the former Serbian president to self-medicate.