Parliament is controlled by pro-Putin parties and tends to support Kremlin initiatives.

The dissolution of the government comes three months before parliamentary elections, which will be followed by presidential elections next March to elect Putin’s successor.

According to the Tass news agency, Fradkov described his resignation as “his own desire to give Russia’s president full freedom of decision including staff decisions”.

Fradkov will continue on an acting basis in the post until Zubkov or someone else has been named and confirmed by the parliament.

Putin thanked Fradkov, who became prime minister in March 2004, saying that his resignation was necessary for restructuring the country’s governing system in the run-up to elections.

“We all have to think together how to build the structure of the government and leadership so that it better corresponds to the pre-election period and prepares the country for the period after  the presidential election,” Putin was quoted as saying by Interfax news agency.

Zubkov is little known publicly but is a long-term ally of Putin.

Their working relationship dates back to the 1980s, when they worked in the St Petersburg mayoral office.

In 2001, Putin, who was then waging a campaign against powerful post-Soviet magnates known as “oligarchs”, appointed Zubkov to head the finanical monitoring service, one of the key instruments in fighting illegal capital flight and financial crimes.

Analysts believe that any new premier will be considered as one of the leading candidates to replace Putin as president in 2008.

During the last transfer of presidential power, then president Boris Yeltsin named Putin as prime minister in 1999, several months before Putin became the acting president.

The president has been very guarded about who he will back as his potential replacement.

Most analysts had considered Sergei Ivanov, currently a deputy first minister, as one of the favourites. 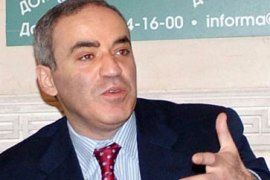 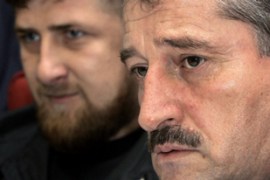