The harvesting of opium poppies has already increased by a third this year despite international efforts that have cost millions of dollars.

The majority of production has occured in areas considered strongholds for members of the Taliban fighting the international forces in Afghanistan.

The UN office on drugs and crime urged Isaf to become involved in attempts to eradicate the crops after it released a survey last month showing opium production had risen to a record high.

The Afghan government has made a similar call, saying it had asked international forces based in the country to drive out Taliban fighters from opium-growing areas so its own forces can move in to destroy the crops.

Experts have said that the Taliban is financed by the drugs trade.

In an interview with the Berliner Zeitung newspaper, Tom Koenigs, the senior UN envoy to Afghanistan, criticised the German troop contingent for not playing a role in fighting drugs.

Koenigs said: “I think the German army stationed there should support the police in the fight against drugs and drug laboratories and not say: ‘That has got nothing to do with us’.”

Jaap de Hoop Scheffer, the Nato secretary general had said last week that the Afghan government and international aid agencies needed to do more in curtailing the export of heroin.

Meanwhile, officials say at least 15 people have been killed in new attacks across Afghanistan.

Two Afghan policemen were killed on Wednesday when a bomb ripped through their patrol vehicle in the eastern province of Paktia, an Afghan military spokesman said.

Elsewhere the US military claimed nearly a dozen fighters were killed in the southern province of Zabul on Tuesday, after Afghan security forces had called in US-led coalition warplanes to attack their positions.

Isaf has said that Taliban attacks were likely to increase during the holy month of Ramadan due to start on Thursday. 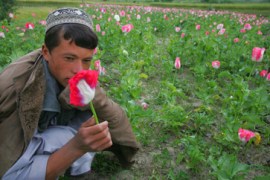 Afghanistan producing 95 per cent of world’s opium, a UN report is expected to say. 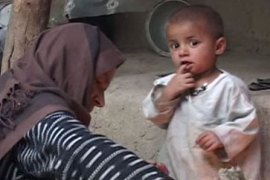 Al Jazeera looks at drug-addicted children and the limited resources to help them.