The pair will testify in further congressional hearings over Monday and Tuesday on whether the overall US strategy in Iraq is working.

After many leaks of the upcoming report, decision-makers are already weighing-in for, and against, a withdrawal of troops.

“I’ll work with my colleagues and others to try to work for an early end to the war in Iraq,” senator Edward Kennedy said.

For months, Bush has been asking the American public to wait for the White House report on Iraq, incorporating Petraeus’s advice, before they make up their minds, said Al Jazeera’s Viviana Hurtado.

In Baghdad, where it is expected that the government of Nouri al-Maliki will be blamed for any failures, Iraqi leaders say that, whatever the verdict, they are not ready to do it alone.

Hoshyar Zebari, the Iraqi foreign minister, said: “Despite our emphasis on national reconciliation at home, we also need to be reconciled with our neighbourhood, with the international community at large.

“And this is a critical period for us that we need your support, your commitment especially for our immediate neighbours.”

So far George Bush, the US president, has given no indication he will change his current course and opposition Democrats do not have enough votes to force any change in policy. 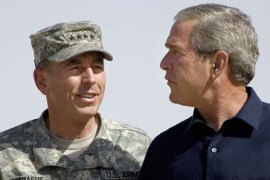 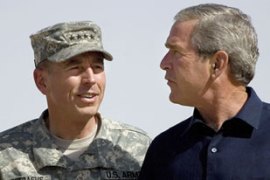 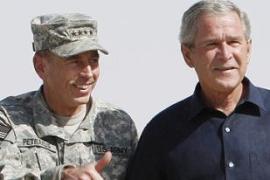 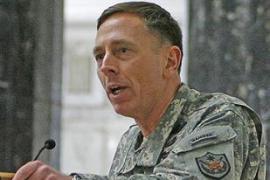