“Even if doctors are posted, they don’t stay for long. There are no doctors in Dasmantapur hospital, doctors from other areas have to come here.”

The health control room in Bhubaneswar, set up to monitor the outbreak of the disease, said more than 6,000 people were being treated for cholera and dysentery.

But officials have insisted that the situation is under control.

“We have no epidemic,” Chiny Basu, Orissa state health secretary, said in Bhubaneswar, the state capital.

The state opposition has demanded that the government resign over the situation and has suggested around 500 people have died, a much higher death toll than the official figures.

“It is the complacency of the government that has led to the situation,” J.B. Patnayak, an opposition Congress leader, said.

“This is an epidemic.”

The state has sent more doctors to the worst affected areas in an attempt to bring the outbreak under control.

Cholera causes severe diaorrhea, which leads to dehydration that can cause death if not treated quickly.

The cholera outbreak erupted last week in the districts of Rayagada and Koraput, 500km southwest of Bhubaneswar, and has spread to Kalahandi and Gajapati districts, officials said. 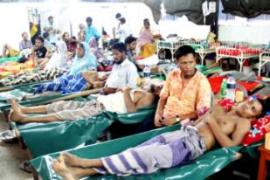 About 700 sufferers are checking into an overcrowded hospital in Dhaka every day. 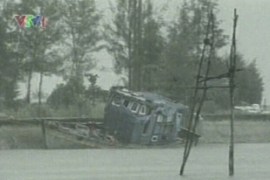 Many killed by Vietnam flash floods

Officials say the toll could rise if the weather does not improve. 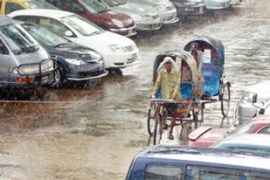 Authorities in India and Bangladesh face outbreaks of diseases as water levels fall.