“It is my hope that we can put partisanship and politics behind us and commit to a common vision that will provide our troops what they need to succeed and secure our vital national interests in Iraq and around the world.”

Bush met the heads of the miltiary services and Robert Gates, the defence secretary, at the Pentagon to hear their concerns about the long-term deployment of US troops in Iraq.

He did not reveal specific details of the Joint Chief of Staff’s issues but said that they had discussed preserving the military’s war-fighting capability for the long term and “monitoring the health of our all-volunteer force”.

The meeting came ahead of a report by General David Petraeus, the senior US commander in Iraq, next month on the progress of the “surge” strategy.

The plan, announced in January, involved sending 30,000 more troops to Iraq to calm the violence – giving the Iraqi government some breathing room to make political progress.

There are more than 160,000 troops currently in Iraq, the highest number since the war began in 2003.

Petraeus did not participate in Friday’s session, but a senior US official said the general, along with Ryan Crocker, US ambassador to Iraq, are likely to tell Congress that the troop surge has been successful.

The two men will testify at a joint hearing of the House Armed Services and Foreign Affairs committees on September 10.

Petraeus and Crocker are also expected to argue for a continuation of the current policy with some adjustments, the official said, speaking on condition of anonymity.

The White House is required to submit a report by September 15 on political and security progress in Iraq. That report is being closely watched to see if it prompts a change in strategy.

“This status report comes less than three months since our new strategy became fully operational and will assess what is going well, what can be improved, and what adjustments might be made in the coming months,” Bush said.

“Congress asked for this assessment, and members of Congress should withhold judgment until they have heard it.”

Some Democrats have already spoken out Nuri al-Maliki, the ruling Iraqi prime minister, and are likely to renew calls to withdraw US troops.

A report by the Government Accountability Office, the investigative arm of Congress, to be delivered to Congress on Tuesday, was expected to say Iraq had achieved few of the political and security goals set by Washington.

The Senate Armed Services Committee will hold a hearing on that report on September 7.

Meanwhile, The New York Times reported that an independent commission established by Congress and led by General James Jones, former US commander in Europe, would present its findings to Congress next week and recommend a major overhaul of Iraq‘s national police force to purge corrupt officers. 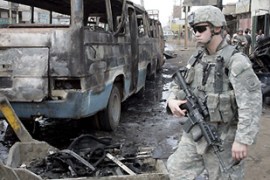 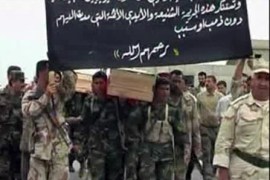 Plus ‘green’ journalism and the 13-year-old boy who outsmarted the Russian military. 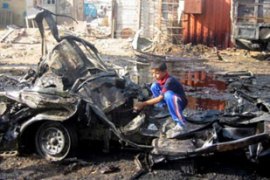