In this stage – the second of three – North Korea will receive heavy fuel oil if it permanently disables its nuclear facilities and provides a complete inventory of its nuclear programme.
Promised supply
The aid deal was agreed in February by six countries including China, Japan, Russia and South Korea.

It also allowed UN nuclear inspectors into the plant in return for 50,000 tonnes of heavy fuel oil provided by South Korea.
Chun Yung-woo, the South Korean nuclear envoy, said
said: “After many twists and turns, the six-party process has gained momentum again.”
The nuclear talks are usually held in Beijing.
Last week, at a meeting of Southeast Asian nations, Pyongyang demanded that Washington remove it from a list of states that sponsor terrorism before proceeding further with the dismantling its nuclear programme.
Agreements on ending North Korea’s nuclear programme include proposals for discussions on a peace plan for the peninsula.
The two Koreas have remained technically at war since the 1950-53 Korean War ended in a ceasefire that has never been replaced with a peace treaty.
Source: News Agencies 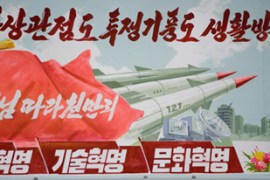 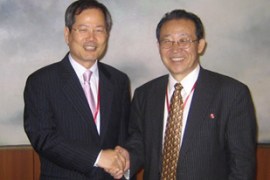