Under the plan, alcohol and hardcore pornography will be banned from Aboriginal communities and Aborigines will be forced to spend a portion of their welfare cheques on essentials such as food.
Murray Wilcox, a former federal court judge, said the government had acknowledged the plan was racially discriminatory because a clause in the proposed legislation exempts it from anti-discrimination laws.
‘Extremely discriminatory’
“In other words, the government is saying this is racially discriminatory legislation, but nonetheless it is to be regarded as valid,” Wilcox told Australian Broadcasting Corp radio.
“I think it’s constitutionally valid, but it’s extremely discriminatory legislation.”
Brough defended the proposed removal of traditional land owners’ power to refuse outsiders permission to enter Aboriginal land.
He likened the 30-year-old system under which outsiders must apply to an Aboriginal community for permission to enter their land to South Africa when it was ruled by a white minority.
“Aboriginal people have been living in an apartheid system,” he told ABC.
“They’ve been told that ‘you will live apart’.”
Lobbying effort
Aboriginal leaders from the Northern Territory went to Canberra, the capital, on Tuesday to lobby the government to delay the legislation, which the government wants passed this week.
The opposition Labour party has yet to announce whether it will support the legislation, but the ruling coalition’s majorities in both houses of parliament mean the government is unlikely to need opposition backing.
Child abuse on Aboriginal-owned land in the Northern Territory is fuelled by alcohol abuse, unemployment, poverty and other factors leading to a breakdown in society, the report found.
Source: News Agencies 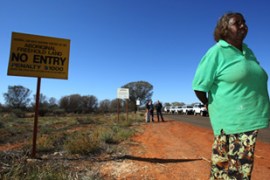 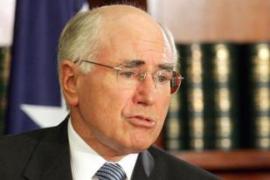 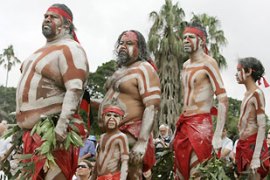