‘Door open’
Al-Hashemi has been a regular critic of al-Maliki’s alleged sectarian bias, but his Kurdish and Shia colleagues vowed to hold inclusive talks in the coming days.
On Wednesday, the National Concord Front, Iraq’s main Sunni political bloc, said it was withdrawing its five ministers and deputy prime minister from the government coalition, dealing a blow to the government’s claims to represent all Iraqis.
After Sunday’s meeting, al-Maliki said: “We agreed on making efforts in order to get the Concord Front back and to tackle what we are able to tackle, but not everything that they have demanded.”
Abdel Mehdi said: “The prime minister’s position is that he has refused to accept the resignations. This is a good thing and the door is open to discuss this topic.”
Salim al-Jibouri, a senior member of parliament from the front, said the ministers would still quit, despite al-Maliki’s decision not to accept their resignations.
He said: “We are insisting on our position. For us, the matter does not end with Maliki accepting or rejecting the resignations.
“We are talking about a programme. The issue is if he accepts or refuses to accept our programme.”
The programme refers to the front’s lists of demands that include disbanding Shia fighters and giving the bloc a bigger say in security matters.
Saleem Abdullah, a spokesman for the front, said: “At the moment, we have no intention of changing our position on the resignations. It is not necessary for us to be a part of the government.”
However, Abdulllah also said “the door to dialogue is open, even if we are outside the government”.
Violence
In a separate development, at least 13 people have been killed and 11 wounded by mortar bombs that struck a petrol station in eastern Baghdad.
Iraqi police said that nine mortar bombs landed in the area at dawn, destroying 13 cars as people lined up for fuel.

Several other mortar bombs landed at another petrol station in a nearby district, wounding six people.

As Baghdad residents often queue for hours at petrol stations, they often become targets of attack.

Also on Sunday, Iraqi police said they had found 60 decomposing bodies dumped in thick grass in Baquba, north of Baghdad.
There was no indication of how they had been killed, police said.
Thousands of extra US and Iraqi soldiers have been sent to stem growing violence in Diyala province, of which Baquba is capital.

Meanwhile, the US military said it had killed the man behind the attack on the Samarra mosque in June.

Haitham al-Badri, described by the military as “the al-Qaeda in Iraq emir of Salah al-Din province”, was killed during an operation last Thursday, east of the northern Iraqi city.

A military spokeswoman said: “He is also the terrorist mastermind responsible for the Golden Mosque bombing in Samarra on June 13. Al-Badri was positively identified by close associates and family members.”

Major-General Abdel Karim Khalaf, interior ministry operations director, said that al-Badri was the head of the cell that carried out the February 2006 attack on the mosque, widely seen as the trigger for numerous sectarian revenge killings in Iraq.

Last week, more than 1,000 Iraqi troops backed by US paratroopers launched an operation to expel al-Qaeda’s Iraqi affiliate from Samarra, where the group have been accused of two separate attacks on the shrine. 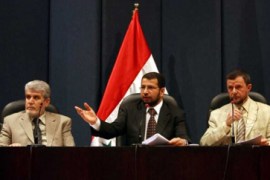 Inside Story asks what the ramifications will be. 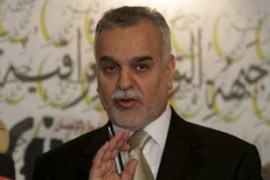 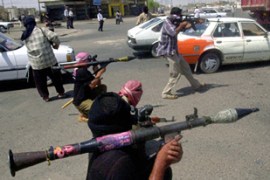