He said: “I think this Arusha meeting is the most important meeting for the SLA and other factions to try to have unification and try for peace in Darfur.”

The talks are aimed at agreeing common ground for later peace negotiations with the Sudanese government.
Yvonne Ndege, reporting for Al Jazeera from Tanzania, said: “It is critically important that these rebel groups co-operate with each other, the government of Sudan in Khartoum and back the UN’s [new] mandate.”
She said: “The best the UN and the AU can hope for is to leave Arusha with some sort of blueprint or road map for the future.”
Different factions
But Nur has said he wants the killing in Darfur to stop before the start of any negotiations with the government.
Speaking to the AFP news agency by telephone from Paris, he said: “Spending the international community’s money to host these factions will not bring peace to the people of Darfur.
“Recognising new factions will be endless, the rebels will split more and more, we will only see more movements.”
Despite the absence of Nur, Radhia Achouri, spokeswoman for Jan Eliasson, the UN’s envoy to Sudan, said the Tanzania talks were “the first time since [talks in] Abuja that we’ve had so many leading rebel figures sitting together”.
In May 2006, a deal aimed at ending the four-and-half-year conflict was signed with Khartoum in Abuja, the Nigerian capital, but divisions between the groups sank the deal with only one of the three negotiating factions willing to endorse it.
Eliasson jointly headed the mediation with Salim Ahmed Salim, his counterpart from the African Union.
Salim said earlier that the mediation team was aiming to resume final settlement talks between the armed group and Khartoum “within the next two months”.
Broader concerns
The recent talks have taken on extra significance following a UN decision last week to increase its peacekeeping mission in Darfur.
There are, however, broader concerns over Darfur. Dutch media reported on Saturday that Jan Pronk, a former UN envoy for Sudan, as saying he was concerned about the effectiveness of the new peacekeeping force because Khartoum had obstructed previous UN resolutions.
“It will take a very long time before that mission is fully operational,” Pronk said in an interview with Trouw, a Dutch daily newspaper.
The UN estimates about 200,000 people have died and two million forced to flee their homes in the past four years.
The armed opposition groups contend that Khartoum sent pro-Arab government forces to control the oil-rich region.
Non-Arab rebel groups took up arms against the government troops and have since splintered off into a multitude of rival factions.
Source: Al Jazeera, News Agencies 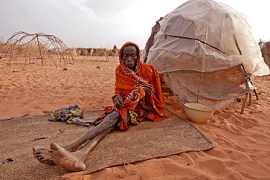 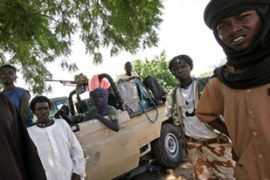