The Taliban had freed 12 South Koreans on Wednesday, handing them over to the ICRC at three separate locations in central Afghanistan.

The group freed Wednesday were in a “safe place” on Thursday, an official in the South Korean embassy in Kabul said, refusing to divulge their whereabouts.

“They are taking a rest. They will be leaving Afghanistan soon,”  he said on condition of anonymity.

Negotiations
The initial group of 23 South Koreans, who had travelled to Afghanistan to undertake aid work, were seized by the Taliban on July 19 in Ghazni.
The group killed two of the Koreans shortly after the kidnapping, but later it released two women in what it said was a goodwill gesture.

The Taliban began freeing the remaining hostages after an agreement was reached during talks with a visiting delegation from South Korea.

Seoul’s small contingent of non-combat troops in the country will also be withdrawn within the year.

The Taliban had initially demanded the release of members held prisoner by the Afghan government but Kabul had refused saying such a move would encourage more kidnappings.

Alan Fisher, reporting for Al Jazeera’s from Kabul, said the Koreans released on Thursday would now be given brief medical checks and reunited with their colleagues in the Afghan capital.

Ransom rumours
Alan Fisher said there had been rumours in the capital that up to $20 million had been paid to secure the release.

Meanwhile, the father of one of the men who was killed condemned the church that organised the trip.

“I wonder why the church was so reckless in taking them to the dangerous country,” Shim Chin-Pyo, whose 29-year-old son was killed, said.

“They were in the wrong place at the wrong time, moving in such a conspicuous manner.” 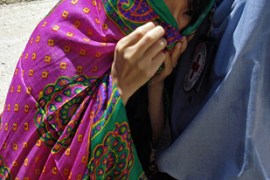 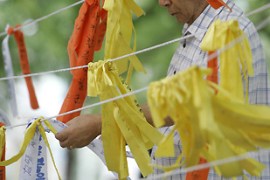