There was no immediate claim of responsibility.
Civilians killed

The Nato-led International Security Assistance Force (Isaf) confirmed the explosion had involved some of its soldiers and a spokeswoman said some suffered minor injuries.

The 37-nation Isaf does not give the nationalities of its casualties.

The Isaf airport is near Kabul’s main airport and in a busy area in the northeast of the city.

An Afghan airport official said civilian flights to and from the airport were continuing as normal.

On August 15, three German security officers attached to the embassy were killed when their vehicle struck a roadside bomb. 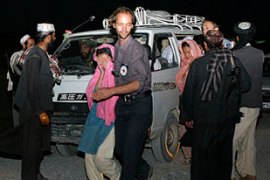 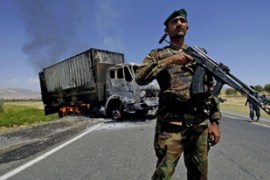 ‘Civilians dead in US Afghan raids’ 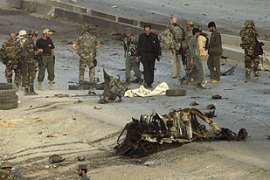 Three foreign soldiers among the wounded after suicide car bombing in Kabul.