Hazim al-Araji, an aide to al-Sadr, read a statement from the Shia leader saying “we declare the freezing of Mahdi army without exception in order to rehabilitate it in a way that will safeguard its ideological image within a maximum period of six months starting from the day this statement is issued.”

Asked if Wednesday’s unexpected order meant no attacks on US troops, another senior aide who declined to be identified said: “All kinds of armed actions are to be frozen, without exception.”
Test of authority
Al-Araji said the decision had been taken after 52 people were killed in the southern Iraqi city of Karbala in fighting between the Mahdi army and another Shia bloc – the Supreme Iraqi Islamic Council (SIIC), whose armed wing controls much of the south.
On Thursday, Iraqi security forces arrested 72 fighters following the Karbala clashes, the defence ministry said.
A ministry statement said a number of weapons had also been confiscated during a search of homes across the southern city.
Analysts said al-Sadr’s six-month order would be a test of his authority over the group, which is believed to have fragmented and, according to the US, has received funding, training and weapons from Iran.
Also on Wednesday, Nuri al-Maliki, the Iraqi prime minister, said that fighters from the Mahdi army and the SIIC who were involved in the violence in Karbala had wanted to blow up the Imam Hussein shrine, one of the holiest to Shia Muslims.
“From our initial investigation, we found some evidence of who did this act … the intention of this act was to storm into the shrine of Imam Hussein and blow it up,” al-Maliki said from inside the shrine during a visit to Kerbala, 110 km south of Baghdad.
The Mahdi army denied the allegation.
While his ministers have left the cabinet, al-Sadr’s political bloc holds 30 seats in parliament and is still part of the ruling Shia Alliance.
Source: News Agencies 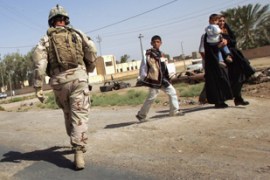 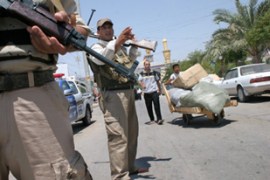 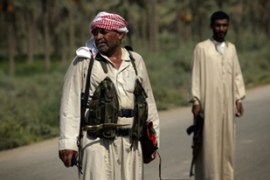