African diplomats and representatives of all Somalia’s main clans, agreed on several points ranging from terms for a clan truce, to the sharing of natural resources in the nation of nine million people, as well as elections planned for 2009.

But the conference was boycotted the Union of Islamic Courts, the group that controlled much of south and central Somalia until government forces backed by neighbouring Ethiopia forced them out earlier this year.

Francois Fall, the UN special envoy for Somalia, told delegates that the government needed “to reach out to all opposition groups, those within and outside Somalia.”

“In this regard, I once again call on both sides to demonstrate political will and courage to engage in serious negotiations,” he said.

The Islamic courts and other key opposition players will be holding their own meeting in the Eritrean capital Asmara on September 1, with a  focus on demanding an end to the presence of Ethiopian troops in the country.

“It started and elders met to drink coffee in a big hall but nobody seems able to explain what the real outcome is,” Haji Adan Mohamed, a Hawiye elder, said.

“I believe this congress was just a holiday break for elders from faraway regions.”

Elders said the fact that so many people chose to attend the Somali National Congress was in itself a favourable first step.

“The meeting is closing but the reconciliation remains open, it  does not mean we have solved everything but the results we obtained show the congress is a stepping stone for future peace,” Mohamud Haji Mohamed, a tribal elder, said. 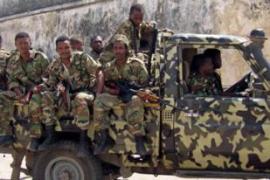 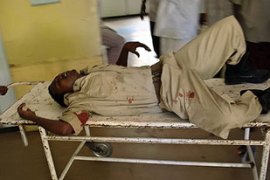