“For us, the matter is settled and we shouldn’t waste time talking about things which cannot be agreed upon.”
Limited deal
Slobodan Samardzic, Serbia’s minister for Kosovo, said his delegation would present a plan that would grant the province “essential autonomy,” but not full independence.
“The independence of Kosovo is unacceptable for Serbia,” Boris Tadic, Serbia’s president, said in Belgrade on Wednesday.
Thursday’s talks had been organised by the Contact Group, which includes the United States, Britain, France, Germany, Italy and Russia.

Kosovo Albanians are represented at the meeting by Ceku and Fatmir Sejdiu, Kosovo’s president.

Vojislav Kostunica, Serbia’s prime minister, and Tadic are not attending the talks.
Serbs and Albanians had held talks for 13 months until March this year, when Martti Ahtisaari, UN mediator on Kosovo, called a halt to negotitations.
He said agreement on the issue was impossible and proposed independence for Kosovo under the supervision of the EU, in a draft plan submitted to the UN.
Russia has maintained its support for Belgrade’s position on Kosovo, effectively blocking Ahtisaari’s plan at the UN Security Council.
The West hopes to wrap talks up by December 10, when a mediating “troika” of representatives from Russia, the US and the EU reports back to the UN.
However, Russia has rejected the deadline.
EU divided
Kosovo’s Albanian majority became an underclass in Serbia during the 1990s, during the rule of Slobodan Milosevic.
Albanian separatist fighters eventually led an armed campaign against Milosevic’s government, provoking a violent crackdown by Belgrade.
A Nato bombing campaign forced Serbian troops to withdraw from Kosovo. The UN has run the province since 1999.
Serbia says granting independence would violate international law, while Albanians say they will not remain part of a country that tried to wipe them out.
Ceku said that after December 10 “we will try to co-ordinate the declaration of independence and we will move toward recognition” regardless of a UN resolution.
Such a move would almost certainly split the 27-member EU, which does not have a united line on Kosovo.
Source : News Agencies 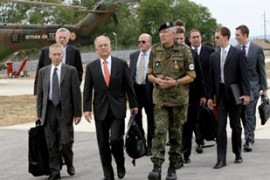 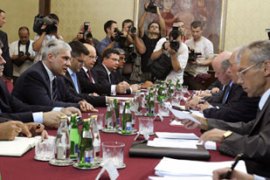 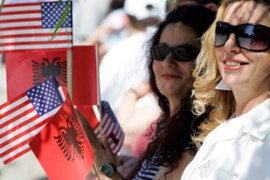 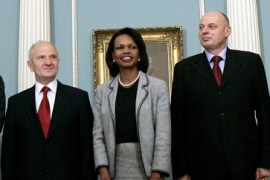