Human rights groups have accused Yahoo of co-operating with Beijing by supplying it with email records and IP addresses of several activists who used its service and who were later imprisoned.

The Yahoo motion comes in response to a case brought against the company earlier this year under human rights laws in San Francisco‘s federal court.

In it, the company said it had “obeyed a lawful government request for the collection of evidence relevant to a pending investigation”.

Yahoo said it “does not condone the suppression of their rights and liberty by their government”, but it added that they were responsible for their own actions.

“They assumed the risk of harm when they chose to use Yahoo! China email and group list services to engage in activity they knew violated Chinese law,” it said.

“Free speech rights as we understand them in the United States are not the law in China,” it added.

“Every sovereign nation has a right to regulate speech within its borders. It is a political case challenging the laws and actions of the Chinese government.”

It also warned that filing the lawsuit in California “might well be viewed as a profound rebuke” of the Chinese government, “and risk poisoning US relations with a significant world power”.

Morton Sklar, the dissidents’ lawyer, argued the company was liable even if its actions took place in China.

Yahoo has said that the Chinese authorities do not reveal reasons for seeking information about its users and do not disclose names of individuals being targeted.

Wang, an editor of several journals calling for political reform, was arrested at home in 2002.

The lawsuit alleges that Yahoo provided the authorities with his email records, which included pro-democracy writings he had sent anonymously to others, including some overseas.

Wang was sentenced to 10 years in a Beijing prison on charges of trying to subvert the government and establish an alternative to the Communist party.

His wife, Yu Ling, said he has been beaten, kicked and threatened while in prison.

Shi, a journalist, was arrested in 2004 and convicted of sending word of a media crackdown to the New York website Democracy Forum. He is also serving a 10-year sentence. 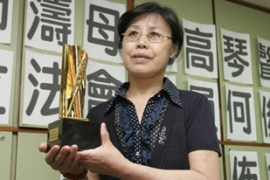 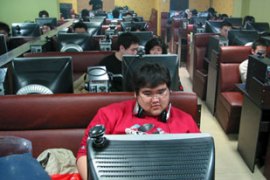 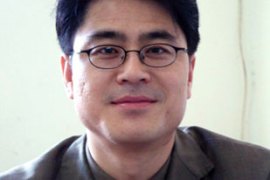