The decision by the government of Myanmar to introduce a sudden and massive hike in fuel prices has sparked rare public protests.

The following is a guide to some of the key players in Myanmar’s political scene: 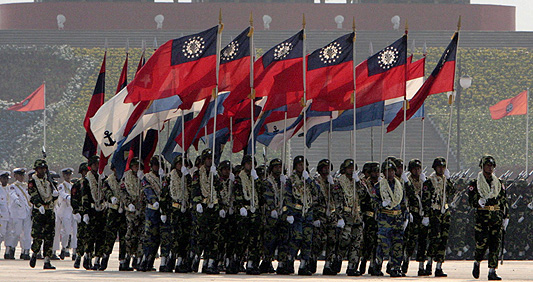 The SPDC is the military-dominated 12-member body that forms the government of Myanmar, headed by Senior General Tan Shwe.

According to the government the SPDC is a transitionary body intended to prepare Myanmar for a return to democracy.

Critics say it is designed merely to enhance the military’s grip on power and its control of the country’s resources.

The USDA was founded by Myanmar’s military rulers in 1993 ostensibly as a social welfare organisation. It claims to have around 20 million members

Rights groups say it is used by the military authorities to attack political opponents and suppress dissent without implicating the government.

The 88 Generation is made up of former student activists involved in the 1988 pro-democracy uprising.

Many of the group’s members spent long terms in jail after the uprising was crushed by the military and several say they were subjected to torture.

The group’s most prominent member is Min Ko Naing, who was jailed for 16 years for his role as unofficial student leader in the 1988 uprising.

He was recently arrested again following the fuel protest in Yangon on August 19.

Led by Aung San Suu Kyi, the detained Nobel peace laureate and daughter of national independence hero Aung San, the NLD is regarded as the principle opposition party in Myanmar.

The party is widely seen as the landslide winner of Myanmar’s last nationwide elections held in 1990, but the ruling military has refused to recognise the result.

In recent years most NLD offices have been shut down by the government and many of its leaders have been arrested or have fled into exile.

The party continues to operate from its headquarters in a run-down building in central Yangon.