The Ukrainian president, Viktor Yushchenko, has accused the minister responsible for the country’s public safety of “total incompetence” and personally joined efforts to put out forest fires in the Kherson region.

Yushchenko was reportedly flying back to Kiev when he spotted smoke and ordered his pilot to change course and land.

Just weeks before crucial parliamentary elections, Yushchenko did not waste the opportunity to roll his sleeves up, and images were broadcast of him shovelling sand on to smouldering wood and and helping firefighters push a vehicle stuck in a bog.

A statement from the president’s office said Yushchenko had “personally taken control of firefighting and rescue efforts” and accused the emergencies minister, Nestor Shufrych, of misleading the public on efforts to bring the fire under control.

“The minister has displayed total incompetence and is completely uninformed,” Vikto Baloga, the presidential chief of staff, said.

“The president demands that the prime minister review whether N Shufrych should remain in his job. Incompetent and unprofessional individuals have no place in government.”

Officials said more than 600 people, including residents, were still battling the blaze in the region of Kherson on Wednesday.

Next month’s parliamentary election will aim to resolve the long-term political deadlock in Ukraine between Yushchenko and his rival Viktor Yanukovich, the prime minister.

The president has been critical of the government’s handling of a series of emergencies, including the derailment last month of a train carrying phosphorus, which sparked a fire and prompted the evacuation of hundreds of residents.

Yushchenko beat Yanukovich in the rerun of an election that was deemed to have been rigged in 2004 after weeks of “Orange Revolution” rallies, but Yanukovich made a political comeback last year becoming prime minister.

A long struggle for power has prompted the president to dissolve parliament and call a new parliamentary election.

Current polls show the vote is unlikely to produce much change, however, with Yanukovich’s Regions party leading but the president running close behind. 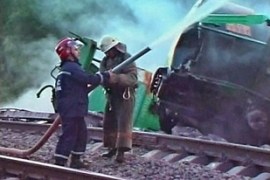 In an accident reminiscent of Chernobyl, 20 people have been poisoned. 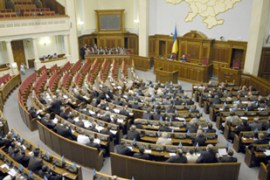 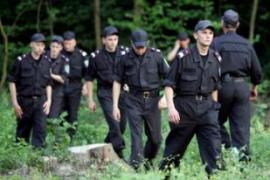 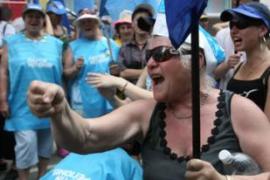