Haneef was charged with providing “reckless” support to a terror group believed to be behind failed bomb attacks in London and Glasgow and detained for nearly a month.
Kevin Andrews, the immigration minister, revoked Haneef’s visa following his arrest and refused to restore it even after the charge was dropped for lack of evidence.
Appeal

The judge suspended his ruling for 21 days, giving Andrews time to decide what action, if any, he will take.

Andrews has previously said he was prepared to appeal.
“I don’t think today will be the end of the matter,” he told ABC radio on Tuesday. “It’ll probably end up on appeal and who knows even in the high court one day.”
He said he has enough evidence to reasonably suspect Haneef’s “association” with his second cousins, Sabeel and Kafeel Ahmed, both suspects in the failed bombings.
Andrews also claims he has confidential police files on which his decision was based but is unable to release the information.
“I have had to defend this matter with one arm tied behind my back because of protected information,” he said.
Haneef, who had been working at a state hospital on Australia’s Gold Coast, returned home to Bangalore, India, after his release from custody.
‘Accept decision’
Peter Russo, Haneef’s lawyer, urged Andrews not to appeal the decision, saying the ruling had restored his client’s life and career.
“I would hope the minister will accept the Court’s decision with good grace and clear the way for Dr Haneef to return to Australia to complete his medical work and specialist studies,” Russo said.
The case against Haneef centred on the fact that his mobile phone SIM card was found in the possession of a second cousin who has been implicated in the attacks.
Haneef said he had merely given the card and its unused talk-time to his cousin, Sabeel Ahmed, before moving to Australia a year ago.
Sabeel has been charged with withholding information about terrorism.
His brother, Kafeel, the alleged driver of the flaming jeep that crashed into Glasgow Airport, died of in hospital of burns suffered in the attempted attack.
Source: News Agencies 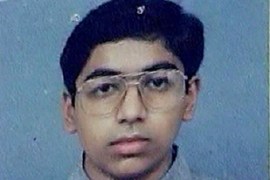 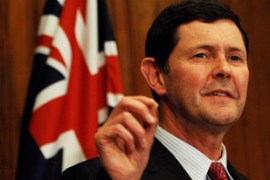 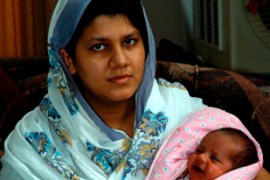 Haneef says Australian police did not know what to ask him beyond routine queries. 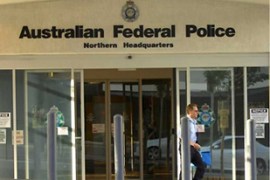