The courtroom was packed on Monday, though no relatives or representatives of those killed in the blast were present.
The defendants had been charged with belonging to an illegal group, possessing weapons intended for use in “terrorist operations”, using force and violence to disturb public order and threaten the security of the state.
Targeting the economy
The 2005 attack was the first on foreigners in Egypt’s capital in seven years and was seen as targeting the Egyptian economy, which is heavily dependent on tourism and had been hit hard by previous attacks.
In recent years, Egypt has been hit by a string of bombings targeting tourists in popular resorts on the Red Sea coast of the Sinai peninsula.
On April 30, a man wanted in connection with the 2005 attack blew himself up after he was chased by police in downtown Cairo, killing himself and wounding seven other people.
Less than an hour later, two women died while carrying out an abortive shooting attack on a tourist bus near the Citadel, a popular tourist attraction.
Ashraf Said Yusef, the suspected planner of the attacks, had been captured the day before, after throwing himself out of an apartment window as he attempted to escape the police.
He later died in police custody from what police said were self-inflicted injuries.
Source: News Agencies 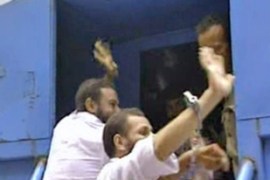 Officials say all 130 convicted members of the group signed pledges of non-violence. 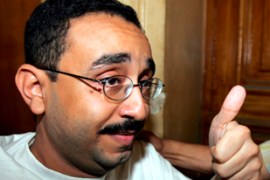 Defendant is accused of passing documents on Egypt’s nuclear reactors to Mossad. 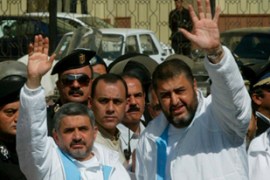