Earlier, Hayman had told reporters that de Menezes was not one of four would-be suicide bombers being hunted by police.

“Assistant commissioner Hayman chose to mislead the public by his actions,” the report said.

Ian Blair, the Metropolitan Police commissioner, who said that the shooting was directly linked to the police investigation, was cleared of misconduct by the commission after it found he had been kept in the dark by Hayman.

“The complaint against the commissioner is not substantiated and there is no evidence of misconduct,” the IPCC said in a statement.

Blair said he was unaware that his officers had shot the wrong man until 24 hours later, when he publicly apologised and admitted they had been wrong.

Last year, prosecutors decided that no individual officers involved in the shooting should face criminal action over the incident itself, but that the London force should be prosecuted as a whole under health and safety laws. The trial is due to start in October.

The report added that there were “serious weaknesses” in the police action and said that de Menezes was not given the proper chance to protest his innocence in the moments before he was shot dead.

“The IPCC investigation team understands that Mr de Menezes did not refuse to obey a challenge prior to being shot and was not wearing any clothing that could be classed as suspicious,” the report said.

Two weeks before the shooting, on July 7, four British men had carried out the first suicide bombing in western Europe killing 52 commuters on three London underground trains and a bus.

On July 21, four more men attempted to carry out an almost identical attack, but the bombs did not explode.

De Menezes was mistaken for Hussein Osman, one of four men convicted last month of carrying out the failed attacks. 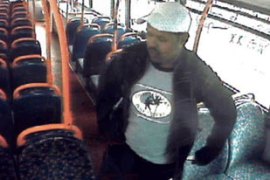 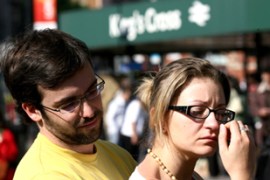 Wreaths are laid to commemorate the 52 victims of the July 7, 2005 London attacks.