It is estimated that nearly 1,000 people have died in India since the onset of monsoon rains in June.

Several rivers have burst their banks in the north of Bihar, while in other parts, dams have been forced to discharge brimming water.

Jha said more than 3,000 villages in the state were waterlogged.

At least 25 people have died in Bihar in the past week and the figure is expected to rise.

Oxfam, the UK-based humanitarian charity, said it was working with local aid groups and expressed concern that a lack of clean drinking water could spark widespread waterborne illness.

Officials were also grappling to provide relief in northeastern Assam, where 5.5 million people have been displaced by floods.

Tarun Gogoi, Assam’s chief minister, said: “Relief and rescue workers are working on a war footing. But in this kind of a devastating flood, we know we cannot satisfy each and everybody.”

He said baby food and water purifying tablets were being dispatched, but people stranded in Senimari village, just 75km east of Assam’s main city, Guwahati, had yet to be reached.

Six more people drowned in the state overnight, taking the toll from flood-related deaths in Assam in the past week to 33.

In the Indian capital, New Delhi, a night of heavy rain left many parts of the city under several feet of water, causing traffic chaos.

Flooding across north and northeast India claimed more than 150 lives in July, most of them in the past week, including 39 in Uttar Pradesh. 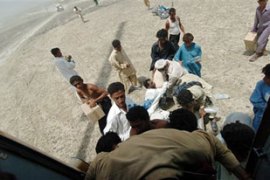 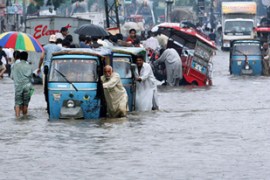 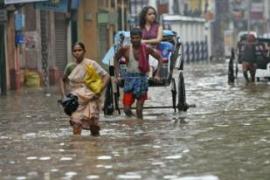