A company statement said: “Gazprom will take all possible measures for the transportation of Russian gas through the territory of Belarus in full accordance with current obligations before European customers.”

Gazprom’s decision came after Belarus missed a July 23 deadline for payment of part of an outstanding bill. Supply will be cut on August 3.

The transit pipeline supplies customers in Germany, Poland, Lithuania and Ukraine as well as the Russia’s Baltic enclave of Kaliningrad.

Sergei Kuprianov, a Gazprom spokesman, said: “We are acting in strict accordance with our contract.”

Gas price talks between Russia and its neighbours have been closely watched in Western capitals after Gazprom’s decision to raise prices in 2006 led to a brief cutoff of supplies to Ukraine.

Deliveries to Europe fell as Ukraine skimmed the gas it needed from a major export pipeline transiting its territory. Russia was widely perceived to have used the increase to punish Ukraine’s new West-leaning leaders.

The incident also raised concerns in the European Union about its dependence on Gazprom, which meets a quarter of Europe’s gas consumption need. 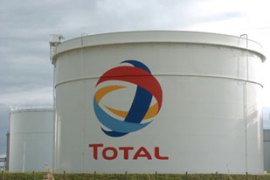