However, the monitors from the Organisation for Security and Co-operation in Europe (OSCE) also said Saturday’s vote was a step forward.
Senator Consiglio Di Nino, co-ordinator of the OSCE monitors, in a statement on Sunday, said: “Notwithstanding the concerns contained in the report, I believe that these elections continue to move Kazakhstan forward in its evolution towards a democratic country.”
Mixed record

Nursultan Nazarbayev, 67, in power since Soviet times in 1989, has overseen rapid economic growth in the oil-rich Central Asian state.

However, the president’s electoral victories have never been judged free and fair by international poll monitors. 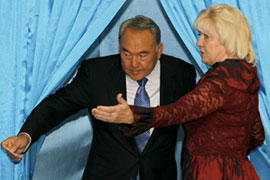 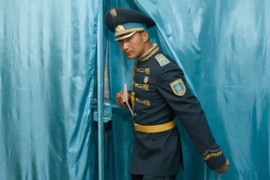