“The vote will show us whether the glass is half full or half empty with democracy in Kazakhstan,” Klas Bergman, OCSE spokesman, said ahead of the vote.

Nazarbayev called the poll two years early after enacting constitutional reforms that hand the lower house, the Mazhilis, more powers, including the right to name the prime minister.

The number of seats in parliament were also increased and a system of proportional representation introduced.

But critics have complained about the change that removed limitations on the terms the president can serve, they say it will allow Nazarbayev to become president for life.

“Today is another important day in our development as an independent state,” he said after voting in central Astana with a Belarus-designed electronic system that voters may choose over paper ballots.

“I … voted for the party that will continue to lead our country towards peace, accord, brotherhood and stability.”

Observers will be watching to see how many seats the opposition All-National Social Democratic Party (ANDSP) manages to win in the 98-member chamber.

“This campaign was a little better, a small step forward,” Bolat Abilov, an ANSDP leader, said.

The ANDSP was refused permission to run some of its advertisements on national television and has said one televised election debate with Nazarbayev’s Nur Otan party was edited to cut out some of its leaders’ critical comments.

“We had a bit more access to media, but we were simply cut out of the news cycle for the past five days, our campaign wasn’t reported at all,” Abilov said after voting in Almaty, Kazakhstan’s largest city and a stronghold for the opposition.

But in Astana, the new capital where the president has spent billions of dollars building government buildings, there seemed little enthusiasm for the ANDSP.

“We don’t need change, they take care of us veterans,” Pyotr Boranov, who received an electric kettle for being the first to vote in polling station number two, said. “The opposition doesn’t respect us.”

The OSCE is due to give an initial assessment on the election Sunday and the first official results are expected in about five days. 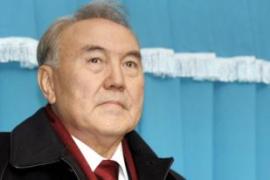 Nazarbayev sets elections for August 18 in a bid to pass his party’s reform package. 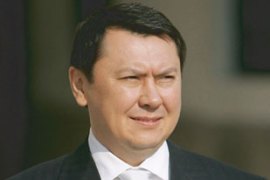 Kazakhstan’s president can stay on